Buttler played for Mumbai Indians in 2016 and 2017, has been in tremendous form scoring five consecutive half centuries this season.

“Nice to come back here, I enjoyed my time at Mumbai and it properly helped to know the conditions. The familiarity of the ground and the wicket helped me today. I’m in a good head-space and looking forward to the next game,” Buttler said at the post-match presentation ceremony Buttler, who played for Mumbai Indians in 2016 and 2017, has been in tremendous form scoring five consecutive half centuries, including unbeaten knocks of 94 and 95 in the previous two games against Mumbai Indians and Chennai Super Kings respectively. He also scored 82 against Kings XI Punjab.

“I’m really enjoying it, found some good form, it’s a do-or-die situation and I’m full of confidence so want to keep it going,” the English batsman said.

Losing team captain Rohit Sharma also complimented Buttler for his match-winning knock and said his team needs to come up with a plan to win the next two matches.

“Jos Buttler has been in great form, he didn’t give us any chances, but we bowled very well. We should have got 15-20 more, but I don’t want to be too harsh, we have played some good cricket. Innings like this can happen, we just have to keep our heads up, ” Sharma said.

“We need to see how we can come back in the next two games,” he added. 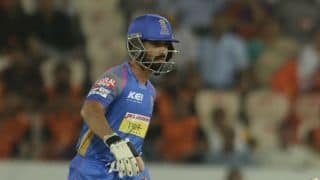 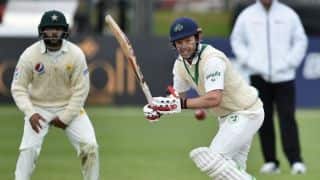