IPL 2018: HC claims Airtel did not obey orders regarding advertisement

IPL 2018: HC claims Airtel did not obey orders regarding advertisement
By Press Trust of India

The Delhi High Court today sought the response of telecom major Bharti Airtel on a contempt plea moved by rival Reliance Jio alleging that Bharti’s campaign for IPL was in violation of the previous order.

The high court said that Bharti Airtel’s advertisements, offering “live and free access” to the IPL coverage, did not carry a disclaimer in bold as it had assured the court.

Justice Yogesh Khanna made the observation after perusing the video and print version of the advertisements placed before the court by Reliance Jio, which claimed that Airtel’s campaign was in violation of the April 13 consent order of the high court.

“The last order had said have it in bold,” the judge said and directed Bharti Airtel “please put it in bold”.

The court also issued notice to Airtel and sought its stand on Jio’s application seeking immediate rectification of the advertisements and punishment for contempt of the April 13 order.

On April 13, Airtel had assured the court that its advertisements will carry a disclaimer in bold stating that under its ‘live and free access offer’, only subscription to video streaming platform Hotstar would be free and data charges according to the subscriber’s plan would apply.

Senior advocate Abhishek Manu Singhvi, appearing for Jio, said the print ads contain a disclaimer which “cannot be read without a magnifying glass” and in the videos it is “neither legible, nor audible” and it is “entirely absent” from the hoardings.

Senior advocates P Chidambaram and Rajiv Nayar, appearing for Airtel, opposed Jio’s claims and contended that the telecom major has complied with the court order. They said an affidavit would be filed indicating compliance of the court order.

After hearing both sides, the court listed the matter on April 27 after Jio said that each day the advertisements are run, it suffers a loss while Airtel benefits from it.

Singhvi told the court that the entire window of the ad campaign was from April 7 to May 26 and, with over two weeks already gone by, immediate action was required.

The application by Jio was moved in its main suit alleging that the commercials of Airtel were “deceptive and misleading”.

Jio, on the last date, had alleged that the advertisements “falsely proclaim” that Airtel was offering “live and free” access to T20 cricket coverage, and “falsely represent that a subscriber need only obtain a 4G sim from the defendant company and download the Airtel TV app to obtain a virtual season pass i.e live and free access to T20 coverage”.

Airtel, on the other hand, had contended that Jio was a “jealous competitor” and what it meant by its advertisements was free subscription to Hotstar.

The commercials “specifically provide that if one intends to watch the game, one has to use data as per the plan taken by him/her”, Airtel had said. Sachin Tendulkar-signed memorabilia up for grabs via e-auction 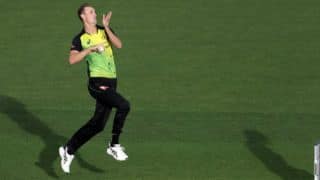