Match 38 of Indian Premier League (IPL) 2018 witnessed Kings XI Punjab (KXIP) pip Rajasthan Royals (RR) by 6 wickets. With this defeat, RR have slumped to the last position in the points table, and will have to play out of their skin to secure a spot in the Playoffs. It was another combined batting failure on part of RR, that saw them manage 152 runs on the board. Speaking about their defeat to Hindustan Times, bowling coach Sairaj Bahutule blamed RR s batsmen for lack of partnerships: Our batting wasn t up to the mark. We didn t have a partnership going. In between the 10th and 16th over, we lost five wickets. I would say we were 20 runs short.

However, Bahutule defended Jaydev Unadkat and Ben Stokes, who have had a rather poor show so far, despite being acquired for humongous amounts: To be honest, they [Stokes and Unadkat] are really working hard. Their work ethic is brilliant. Unfortunately, they haven t got going. But I expect them to do well in the upcoming games. 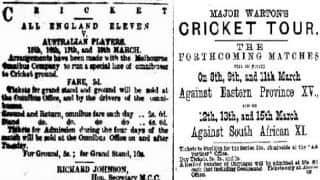