The need of hour for Delhi Daredevils (DD) was to shuffle and revamp their team combination in ongoing VIVO IPL 2018. Their newly-appointed skipper Shreyas Iyer dropped his predecessor Gautam Gambhir against Kolkata Knight Riders (KKR) at Feroz Shah Kotla, New Delhi in Match 26 of the tournament. There were other changes as well, and it suddenly seemed that DD’s fresh legs were up for the challenge, ready to deliver. Youngster Prithvi Shaw’s (who became the youngest to slam an IPL fifty) fluent 62 and a 40-ball 93* from Iyer propelled DD to 219 for 4, their second-highest IPL score.

Gambhir, after scoring 85 in 6 matches, made way for Colin Munro, who has been in ominous form of late for New Zealand. It was just a matter of time before he would claw his way back into DD lineup. Friday evening presented him that opportunity. Munro, along with Shaw, played the first two overs carefully and began the onslaught.

Munro then took on Piyush Chawla, while Shaw timed everything from the middle of the bat. Munro read the spinners well but an inswinging yorker from Shivam Mavi rattled his stumps.

Shaw, on the other hand, used the pace of Mitchell Johnson and his U-19 teammate Mavi. Shaw’s Dhonisque helicopter shot off Johnson for six was the highlight of his knock. Shaw was equally impressive against full and short deliveries. His flick and cut had strong bottom-hand written all over. Unfortunately, he fell against the run of play for 62.

Iyer then took upon himself to keep the scoreboard moving. The most astonishing part of Iyer’s innings was the ease with which he kept clearing the ropes. He predicted the lengths early, and pounced onto any delivery offering enough width.

Note: Iyer has now slammed his third consecutive fifty in the ongoing season.

DD added 58 runs in the last 3 overs. Of these, 29 runs in the last over, bowled by Mavi. There is certainly a change in intent since Gambhir’s departure. Will the hosts maintain momentum throughout the match?

The Kotla surface has producing variable bounce at times today. It won’t be easy for KKR, but they have a strong mix of batters to seal the match. This could be interesting. 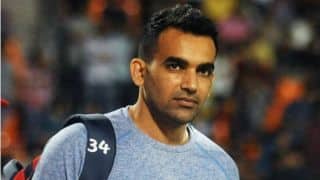 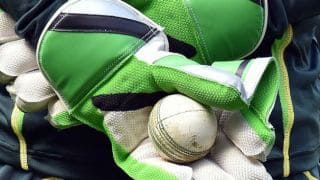