Match 47 of VIVO IPL 2018 has complicated things for reigning champions Mumbai Indians (MI). They failed to defend a modest 169 against Rajasthan Royals (RR). Their winning mini-streak was brought to an end by Jos Buttler, who smashed his fifth consecutive fifty (all of them as opener) to take RR closer to Playoffs. With this win RR move to fifth spot, toppling MI, who now have their task cut out to stay alive in the tournament. In the post-match conference, Rahane explained how his bowlers reduced the batsmen’s workload: “Great win for all of us. 168-169 on this wicket was 10-15 runs short. Jofra’s couple of wickets in that over changed the game actually.”

RR have been struggling in the middle for a long partnership. Buttler has done the bulk of scoring, with more than 45 per cent of their runs this IPL, but has lacked consistent support. RR wanted to eradicate this flaw, and eventually succeeded. However, Rahane urged his fielders for improvement: “We didn’t get a partnership in the earlier games but we knew that if we get one early on, it’ll be easy to chase. The discussion before the game was to get used to the wicket as soon as possible. There’s room for improvement in the fielding department. I want the boys to stand up and do well in that.” 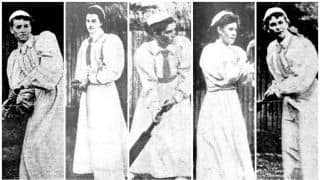