Tomar said all the seven accused, hailing from the neighbouring Ujjain district, were staying in Indore since the last two months and running the betting racket. “Apart from Rs 4.3 lakh cash, the police also recovered 50 mobile phones, an LED television set, two laptop computers, a recorder and a special telecommunication device from their possession,” he said. “When the police raided the apartment, the accused were found to be using the telecommunication device to connect 16 mobile phones simultaneously to place bets on the cricket matches,” Tomar said.

The police suspect that the betting gang has links with a bookie in the state’s Satna district, he said, adding that a detailed investigation was on into the matter. 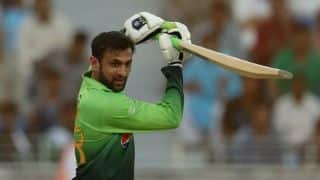