Reacting to Sunrisers Hyderabad‘s (SRH) loss to Chennai Super Kings by two wickets in the first Qualifier on Tuesday, skipper Kane Williamson maintained a defensive stance for his bowlers and indicated that 15-20 extra runs could have booked their spot in the finals.

“The bowlers were fantastic, we did back our death bowling to close the game from there, but that’s not where we want to correct ourselves, I think with the bat we could’ve taken some better options in the order to get maybe another 15 or 20 runs. It was probably a 160 wicket, so we were a little short with the bat.” Williamson said in the post-match press conference.

Claiming that death bowling was a strength for his side, he lamented the little incidents of misfortune that went against them in the game. “Death bowling is a strength for us, the way we fought back with the ball was great, but it is the kind of game we play, there’s such a fine line. We have been on the right side of a number of those results and we’re moving on from it,” he said.

Williamson further went on to praise the Chennai Super Kings’ batting performance, singling out Faf du Plessis‘ knock as the game changer. “Credits to the way Faf batted, he was exceptional. CSK showed their depth with the bat, it was frustrating, losing from that position, but we’re off to Kolkata and important to improve there,” he added.

Meanwhile, CSK coach Stephen Fleming had no explanation for the many wins this season from ‘un-winnable’ positions.

“Can’t explain (the art of great escape), the game has its ups and downs, but we have had a season where we have won from unwinnable positions, this (win against SRH) has been one of those,” said Fleming. “It’s always different players, this time, it’s someone who hasn’t played that much, Faf was testament to his skill set and his mindset. Sometimes it’s also dumb luck,” he added.

Earlier, CSK booked their place in the Indian Premier League (IPL) final for a record seventh time on Tuesday as they narrowly defeated SRH by two wickets. SRH will now face the winner of the Eliminator match between Kolkata Knight Riders and Rajasthan Royals in the Qualifier 2 match, the winner of which will face off with CSK to decide the winner of the 11th edition of the IPL. 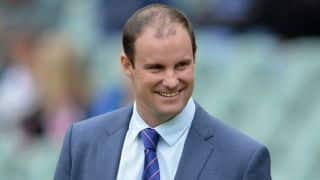