Sunil Narine was retained by Kolkata Knight Riders (KKR) ahead of the Indian Premier League (IPL) 2018 player auction. Narine, representing KKR since 2012, claimed his 100th wicket for the franchise. He achieved this feat during, match 13, Kolkata’s home game against Delhi Daredevils (DD). He dismissed Chris Morris to reach the personal milestone.

Did You Know: Narine becomes the first foreign spinner to 100 IPL scalps?

Narine was a major factor in Kolkata lifting IPL trophies in 2012 and 2014 respectively. He, thus, becomes the 11th player to attain 100 IPL wickets. He has 1 five-wicket haul and six 4-wickets hauls with best of 5 for 19. Interestingly, despite all the success, he has never won the purple cap in the tournament-history.

Narine has often being criticised for overlooking national duties due to IPL. He was also under the scanner, for a brief period, for his bowling action but has continued to perform for KKR despite all odds. In recent times, he has even contributed for the franchise with the bat. Opening the innings, he has often smashed opposition bowlers’ with his varied stroke-making, and all-out approach.

Will Narine prevent DD from back-to-back wins in the current edition? 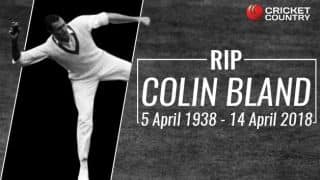 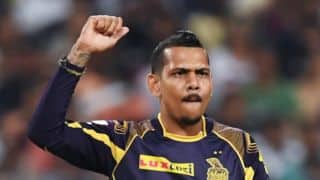