A total of 230 Indians and 121 overseas players are to go for auction for this year's Indian Premier League 2016 drafts on February 6.

Mumbai: The 2016 Indian Premier League (IPL) players’ auction will take place on February 6 in Bengaluru with as many as 351 cricketers to go under the hammer. There are 230 Indians and 121 overseas players for the franchises to choose from. There are eight marquee players, including two Indians. The auction will also be the first for the two new teams — Rising Pune Supergiants and the so far unnamed team Rajkot. The IPL 2016 players’ auction will start the countdown to the ninth season of one of the most popular sporting events in the world. The franchises have returned to the drawing board, reworked plans and devised new strategies, over the last few months. They will have the opportunity to bid for some of the biggest names in the game,” IPL chairman Rajeev Shukla said. ALSO READ: Yuvraj Singh, Kevin Pietersen’s base price for IPL 2016 auction set at Rs 2 crore

The breakdown of the 351 cricketers on the auction list is: 130 capped players — India 26, Australia 29, Bangladesh 5, England 7, New Zealand 9, South Africa 18, Sri Lanka 16, West Indies 20. Two Associate players — Canada and Ireland and 219 uncapped players — India 204, Australia 9, New Zealand 1, South Africa 2, West Indies 3. In terms of available spots, if every franchise were to have the maximum of 27 players in their squad, 116 players will be taken in the auction, of which up to 36 may be overseas players.

The BCCI earlier had hinted for the first time ever could use the technology with some changes in this year’s Indian Premier League. “There is a proposal to use DRS in the IPL minus the Leg Before Wicket (LBW) referrals. We have just started discussing it,” said IPL Governing Council chairman Rajeev Shukla after its meeting. 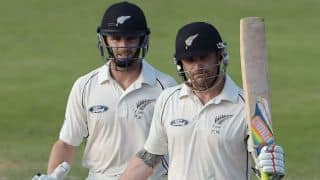