Besides Warne's appointment as the brand ambassador, RR has also decided to change its jersey colour from blue to pink this year.

Warne, who led Rajasthan Royals to its first and only IPL title in 2008, was the mentor of the side last season. But this year the Australian will be associated with the team in a new role.

Warne went on to captain Rajasthan Royals for four seasons until 2011, after which he retired from all forms of cricket. (ALSO READ: Shane Warne picks England, India as hot favourites for World Cup)

“I’m very happy to be back with the Royals and I’m grateful to the team and the fans for their constant support. It was important for us to retain our established values but at the same time develop a new and modern identity. I am already in love with the new look of the team and hope the fans will love it too,” Warne said.

Besides, Rajasthan Royals has also decided to change its jersey colour from blue to pink this year. (ALSO READ: Players like Jaydev Unadkat will add great value to the Rajasthan Royals side: Paddy Upton)

“Jaipur is known as the pink city, Jodhpur is famous for pink sandstone and Udaipur produces pink marble. Pink, therefore, is best suited as the official colour of Rajasthan Royals, which will also help the fans identify and celebrate their team,” the franchise said in a statement.

Rajasthan Royals lead owner Manoj Badale added: “This is an exciting change for us and comes as a response to the fantastic reaction from the fans to our training kit and Cancer Out jersey last year, as well as of course Jaipur being the Pink city.” 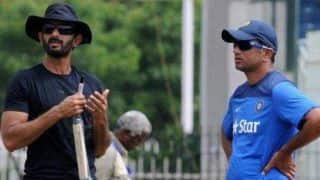 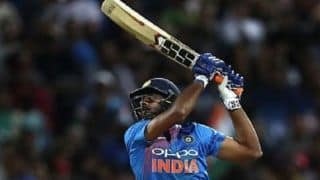