Bolstered by a five-year $2.55-billion broadcast deal signed last year with Rupert Murdoch's Star, the IPL is one of the wealthiest leagues in any sport.

New Delhi: The head of the multi-billion dollar Indian Premier League says the glitzy tournament is taking aim at football and basketball’s heartlands as India strengthens its role as world cricket’s financial powerhouse. The high-octane Twenty20 extravaganza — which reaches the climax of its 11th season this week — is doing “wonderfully well”, IPL chairman Rajeev Shukla told AFP as he set out the league’s global ambitions. Bolstered by a five-year $2.55-billion broadcast deal signed last year with Rupert Murdoch’s Star, the IPL is one of the wealthiest leagues in any sport, helping to consolidate further India’s dominance of world cricket.

The South Asian giant contributes 70 percent of International Cricket Council’s revenues. The IPL boss is now eyeing viewers and earnings at the level of global broadcast giants such as football’s English Premier League (EPL) and America’s National Basketball Association (NBA). “We are not able to figure out where it (broadcast rights and sponsorship) will peak… but I think after the EPL, this is the most important league. It can match any league,” said Shukla, a veteran politician and cricket administrator.

The first step will be to expand the IPL market brand.

“In cities where we don’t host matches, we organise fan parks where we invite people to watch the match on the big screen. So 20,000-30,000 people are coming to the fan parks,” the IPL boss said. “Now we are planning to take it overseas, to places like Dubai, the UK and also America.” There is some catching up to do. The IPL’s 60 games over seven weeks earn about $8.5 million per game in television revenues, just in India.

According to industry figures, each EPL football match earns more than $11 million in the UK, with millions more from foreign broadcast right. An average EPL match is watched by more than 12 million people around the world. The 2017 IPL final drew almost 40 million viewers — in a country of 1.25 billion population, according to broadcasting surveys.

Neither can compete with the National Football League (NFL) in the United States which regularly tops 20 million viewers per match. What sets the IPL apart, however, is its rapid rise over the past decade, according to Aaron Smith, a professor of sports business at Loughborough University in Britain.

“The IPL works so well because it was devised as a complete marketing ecosystem,” he said.

Smith called it “the perfect storm of sporting entertainment with elements of the Champions League, professional wrestling, and a touch of Bollywood.” The IPL has acquired “unprecedented market reach” using star players, teams spread across India, and a slick television package, he added.

Its chairman is confident the number of viewers will keep growing.

“The fan following and the viewers are increasing every year. In terms of revenue, it’s also doing wonderfully well,” Shukla said. The IPL was broadcast in Australia and New Zealand for the first time this year by Fox Sports, which — like Star — is a Murdoch-owned company.

“Now we are showing IPL throughout the world,” said Shukla.

India was a cricketing powerhouse even before the launch of the IPL and the glamour and riches of the tournament have boosted that even further. But not all are happy about it. An International Cricket Council report called the sport’s reliance on Indian money a “weakness”, upsetting India’s cricket authorities. The South Asian nation’s influence on world cricket was discussed during talks between the ICC and the Board of Control for Cricket in India last Thursday.

The Indian cricket board‘s power was illustrated last year when it protested and got its share of ICC revenues increased from $293 million to $405 million. But according to sports marketing expert Smith, the IPL’s ability to sustain India’s financial power will depend on whether “notoriously fickle audiences” stick with Twenty20.

In comparison, Test cricket or the EPL or the NBA “command a level of loyalty and meaning unmatched by any other kind of product ever invented,” said Smith.

“Their authenticity is sovereign so they do not have to worry about brand fatigue. “The IPL has to keep energising… audiences with new and novel options and innovations,” he added.

The IPL could “peak and fade over time,” Smith warned, “but in the meantime, it is a marketing triumph that the chairman has good reason to boast about.” 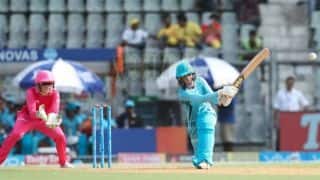