Bangalore since last few years has been the team of big names in the Indian T20 League.

The Indian T20 League 2018 has started and we have already noticed some great matches. Bangalore since last few years has been the team of big names in the Indian T20 League. This year it is no different, the top four batsmen being Brendon McCullum, Quinton de Kock, Virat Kohli and AB de Villiers. During their opening match against Kolkata, Ben Duckett tweeted ‘RCB’s team is a joke.’

His tweet was regarding the strong batting line up of the team which was misinterpreted by several Indian fans failing to get the sarcasm as they lashed out at him.

Like Ur team… Ur team also never won odi Cricket worldcup, am I correct?????

You’re the joke dude. Grow up and respect the greats, because you’ll never be one.

The next day Duckett made it clear that he was referring to Bangalore’s strong batting line up. He even seemed a bit disappointed as he mentioned that such type of messages are unacceptable.

Woken up to these and many more horrible messages. Yesterday I referred to RCB as a joke meaning they have such a good side with the likes of de kock, de villiers, kohli, McCullum and lots of other world class players. These types of messages are not acceptable. pic.twitter.com/hIqwwCbDtM

Bangalore lost their opening match as they were done by a power start provided by Sunil Narine who smashed 50 off 19 balls guiding Kolkata a win by four wickets. Bangalore play their next game against Punjab on April 13 at M.Chinnaswamy Stadium, Bengaluru. 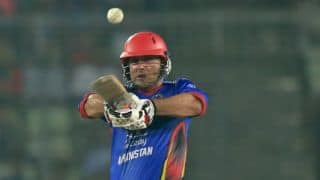