"It feels good to come back after two years and win the first game," says MS Dhoni.

Chennai pulled off another last over thriller victory to register their second win in Indian T20 League 2018. This time it was Sam Billings who turned the things around for Chennai smashing 56 off 23. Ravindra Jadeja hit the second last ball for six when four runs were required. Talking about the victory MS Dhoni in the post match ceremony expressed his feelings coming back to Chepauk after two years. He even talked about the atmosphere in the dug out during pressure situations.

“It feels good to come back after two years and win the first game. I think it was a fantastic game. They (the crowd) deserved every bit of it; the first innings and the second innings,” Dhoni said.

“Everyone has their emotions and we tell everybody to keep it under control. We need to have the faith in the batsman who is batting or the bowler who is bowling. At the end of the day, there is one man to bat that particular delivery and one bowler to bowl that particular over.”

Unlike the first game, everyone contributed in today’s victory with Billings anchoring the inings. Suresh Raina was seen struggling with cramps in the second innings. With Kedar Jadhav being ruled out of the league, Dhoni expressed his concerns regarding injuries.

“But every game one player is getting injured. By that calculation we will not have 14 players at the end of the league other than that it is good to see Sam bat the way he did.”

A total of 31 sixes were hit in the match off which 11 came off Russell’s bat in the first innings. The match was a total entertainment for the crowd but a nightmare for the bowlers.

“Somehow still feel that KKR scored more than us because with all those sixes. IPL should add two more runs for sixes hit out of the ground. Bowlers had a rough day from both the sides, but overall it was a good day for the crowd over here.” 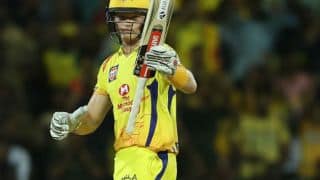 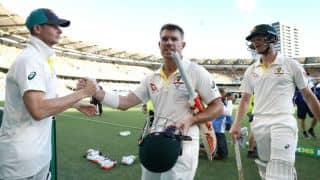