India's loss to West Indies in the opening ODI in Chennai has Srikkanth wondering if the home team has good enough reserve pacers in the absence of Bumrah and Kumar. 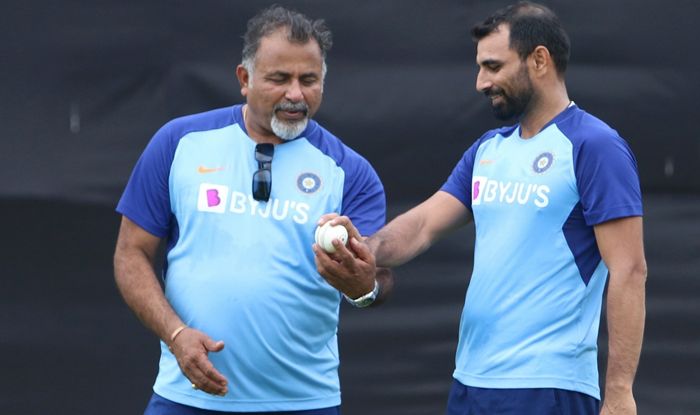 India’s loss to West Indies in the opening ODI in Chennai has Kris Srikkanth wondering if the home team has good enough reserve pacers in the absence of Jasprit Bumrah and Bhuvneshwar Kumar. India went in with two pacers in Mohammed Shami and Deepak Chahar, with both combining for 2/105 from 19 overs, often struggling to contain the ball in the dew as the West Indies successfully chased down 288 to take a 1-0 lead.

With Shardul Thakur the only other frontline pacer, Srikkanth felt Umesh Yadav could have been a better option against an unpredictable team like West Indies and believes India should try and play both Kuldeep Yadav and Yuzvendra Chahal for the second ODI in Vizag on Wednesday.

“The massive partnership between Shimron Hetmyer and Shai Hope more than showed the mirror to India’s white-ball attack and their inadequacies. I do understand the impending return of Bumrah and Hardik Pandya will resolve a major portion but the bench strength (in the shorter formats) is a cause for concern,” Srikkanth wrote in Wednesday’s Times of India.

“In my opinion, Umesh Yadav would have been a better choice to replace Bhuvneshwar Kumar. Against a team like West Indies one needs air speed. Umesh might leak a few runs but can also pick one or two wickets by hustling the batsmen.

The bowling combination also needs to be looked at. Shivam Dube cannot be counted as an all-rounder for a while. He has to improve his bowling by a few notches for Kohli to be confident to see him as the fifth bowler. Playing Kuldeep Yadav and Chahal together is not a bad idea. At home, I am sure one of the two can be played in place of a batsman and if the think-tank still feels strongly for the specialist batsman, Dube has to sit out.”

Srikkanth, a former BCCI chief selector, also believes India’s defeat to West Indies should serve as a wake-up call to Virat Kohli and his side. West Indies are the only team to have the most success against India at home in ODIs the last one year. In 2018, even though India emerged victorious 3-1, West Indies won the third ODI in Pune have tied the second at Vizag. Here too, they won the second T20I which was followed by a successful first ODI.

Coincidentally, Shimron Hetmyer, who has already struck a century and a fifty during this tour, was the leading run-scorer in 2018 as well. Besides Hetmyer, Shai Hope also sizzled with a half-century with Srikkanth seeing plenty of similarities between him and former West Indies opener Desmond Haynes.

“It is in defeats where a team can learn more and I am sure, the coaching unit is addressing all these issues. Fielding that was fast growing to be a strength has also fallen by a few notches and in order to challenge the best consistently, India need to lift their game in all three departments,” Srikkanth, who played 189 matches for India, added.

“The West Indians have definitely given India the wake-up call. Hetmyer was brilliant and in his own way was Hope. In a team full of firecracker batsmen, Hope seems to be a calming influence. His strike rate at times can be low, especially when his partners are not having a great day. If Hope can turn it up a bit and play according to the situation, I can see him perform the same role as Desmond Haynes.” 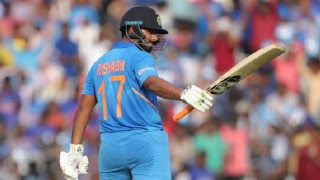 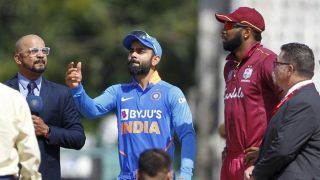