The tours to New Zealand and Australia would be crucial to India's development, says Gavaskar.

India‘s poor form in the ongoing tour of New Zealand will count for nothing when the team will defend the ICC World Cup title as the current exposure to conditions would work to its advantage during the mega-event in 2015, feels former captain Sunil Gavaskar.

India were thrashed 0-4 in the One Day International (ODI) series in New Zealand but Gavaskar feels it should not be taken as a final statement on how the team would cope with conditions when the World Cup is jointly hosted by New Zealand and Australia in 2015.

“This tour and one to Australia next summer pre-World Cup would be crucial to India’s development,” Gavaskar was quoted as saying by ‘Fairfax News‘.

The former captain, who is commentating in the ongoing tour, said India have adapted well after the retirement of legends such as Sachin Tendulkar.

“You can already see they’re making changes and learning from the ODI series. They’re starting to show they’re adapting to the conditions and the bowling and I think the team is really keen to learn and improve and that’s a great sign,” said Gavaskar.

“It was some of the best Indian players of all time that helped them win the tournament, but not the fielding. The fielding is so much better now and those younger players are going to save extra runs in the field and run extra runs when they’re batting.

“They’re talented and that increased exposure over the next 12 months [will help],” he added. 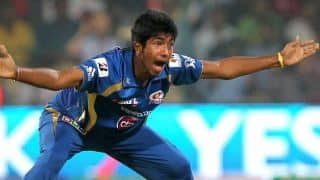