India‘s T20I skipper Harmanpreet Kaur has been adjudged Sydney Thunder’s Player of the Tournament for Women Big Bash League (WBBL) 2016-17. Harmanpreet, along with Smriti Mandhana, were the only Indians who featured in WBBL. Harmanpreet was picked up by reigning WBBL champions Sydney Thunder on the back of her impressive outings in Women s T20 Asia Cup and India’s bilateral series against West Indies. Harmanpreet accumulated 296 runs at 59.20, in WBBL 2016-17, with a strike rate of 116.99 inclusive of one fifty. All in all, she hit 17 fours and 11 sixes.

In a tweet by Thunder, they congratulated Harmanpreet, “Congratulations to @ImHarmanpreet for being named Sydney Thunder #WBBL02 Player of the Tournament #ThunderNation”. Harmanpreet was Thunder’s second highest run-getter behind Alex Blackwell who topped the chart with 386 runs in as many matches. Harmanpreet showcased her skills on her debut match by scoring an unbeaten 28-ball 47 against Melbourne Stars.

Congratulations to @ImHarmanpreet for being named Sydney Thunder #WBBL02 Player of the Tournament #ThunderNation pic.twitter.com/bjNEyVvmke

Harmanpreet, amidst her stellar show in WBBL, was recalled by Board of Control for Cricket in India (BCCI) midway citing India’s preparatory camp for ICC Women s World Cup 2017 qualifiers. 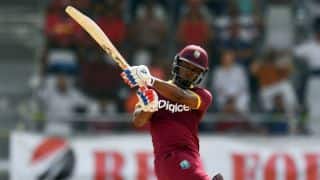