Menon has replaced England's Nigel Llong in the Elite Panel. 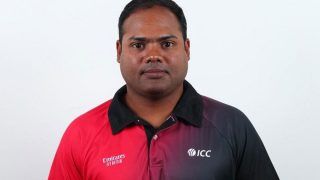 India’s Nitin Menon has been has been inducted into the ICC Elite Panel of Umpires thus becoming the third ever from the country to have made the cut.

The 36-year-old, who has so far officiated in three Tests, 24 ODIs and 16 T20Is, quit professional cricket in his early twenties to focus on umpiring and will be the youngest member of the current panel.

“My father is a former international umpire and in 2006, BCCI conducted an exam for umpires and that was after a gap of almost 10 years. So my father told me to take a chance and give the exam saying ‘if you clear, you can always take up umpiring as a profession’, so I took the test and in 2006 I became an umpire,” he was quoted as saying by the ICC.

“My priority was to play for the country rather than umpiring. But I quit playing at 22 and I became a senior umpire at the age of 23. It wasn’t worth trying to play and umpire so I decided to focus on umpiring alone,” he added.

Menon has replaced England’s Nigel Llong in the Elite Panel.

“It’s a great honour and matter of pride for me to be named in the Elite panel. To be officiating regularly along with the leading umpires and referees of the world is something that I always dreamt of and the feeling has yet to sink in,” Menon said.

Former captain Srinivas Venkatraghavan and Sundaram Ravi are the other two Indians who have earlier been part of the Elite Panel. 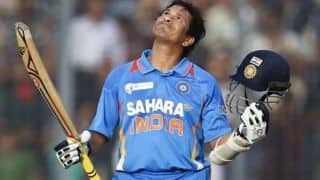 On This Day: Sachin Tendulkar Becomes First to Score 15k Runs in ODIs 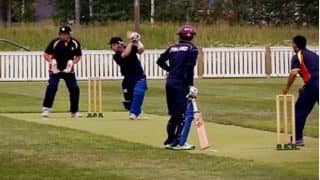