Following the loss to Bangladesh in the first T20I in Delhi, VVS Laxman feels India's set batsmen must bat till the fag end of the innings to ensure a strong finish. 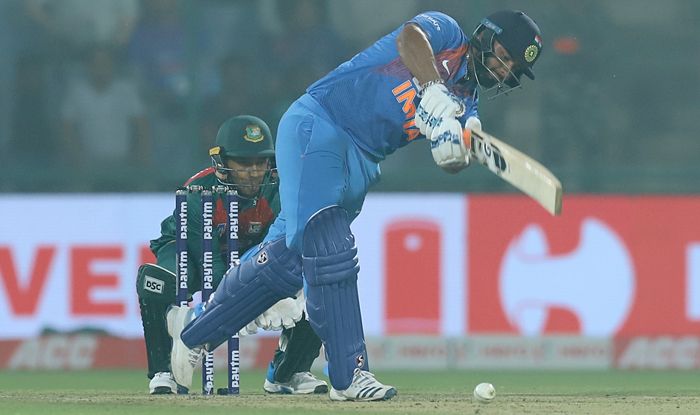 Following the loss to Bangladesh in the first T20I in Delhi, VVS Laxman feels India’s set batsmen must bat till the fag end of the innings to ensure a strong finish. India, on Sunday, finished on 148/6 a total which Bangladesh chased down in the final over with none of India’s premier batsmen able to carry on. Shikhar Dhawan lost his wicket for 41 while Shreyas Iyer and Rishabh Pant too couldn’t capitalise on decent starts.

On the contrary, Mushfiqur Rahim scored a half-century and batted till the very end to get his team over the line. The win was Bangladesh’s first over India in T20Is and Laxman expects the hosts to have picked up a few things from the defeat in Delhi.

“While Bangladesh deserves a lot of credit for their first win in nine attempts against India in T20 Internationals, there are plenty of lessons that the hosts can garner from their second successive loss in this format,” Laxman wrote in Thursday’s Times of India.

“Especially when batting first on tacky surfaces like in New Delhi against Bangladesh and in Bengaluru against South Africa in September, it is important to pace the innings properly. Equally, the set batsman must bat deep, into the 17th or 18th over for the team to post a competitive total. Neither happened in India’s case.”

Laxman, who played 134 Tests and 86 ODIs for India during a 16-year-long career, pointed out how, despite a solid bench strength, the youngsters needn’t put unnecessary pressure on themselves in order to target a berth in the squad for the T20 World Cup in Australia next year. The former India batsman feels it’s important for the players to keep their focus rather than considering it an “audition” for the World Cup.

“While all this is groundwork with the T20 World Cup in mind, the younger players in the side must not look at every match as an audition for the main event,” Laxman said. “That will inevitably lead to tentativeness and a veering away from the natural game that has served them well and brought them to this level. There were glimpses of brilliance from KL Rahul and Shreyas Iyer but they didn’t last long enough. Shikhar Dhawan was just about shedding off a shaky start when he was run out after a mix-up with Rishabh Pant.”

Mushfiqur’s innings proved to be the difference between the two sides and Laxman was mighty impressed with the way the Bangladesh wicketkeeper batsman threw India’s spinner with his unorthodox approach. In the 19th over, with the equation getting stiffer, Mushfiqur peeled off four consecutive boundaries off Khaleel Ahmed, tipping the scale in Bangladesh’s favour.

“The momentum was with India at the break and they started well with the ball, but there were thwarted by a master class from Mushfiqur,” Laxman explained. “He showed how to bat on the tricky pitch by playing strokes mainly behind square. To the spinners, he played either the conventional or the reverse sweep, while to the quicks, he went deep into the crease and played the ball late. He was lucky to be dropped once by Krunal Pandya and also in the second over of Chahal when India didn’t review the leg before decision, but that was no more than he deserved.

“Bangladesh have thrown the gauntlet down. It is up to India to respond going into the second match in Rajkot.” 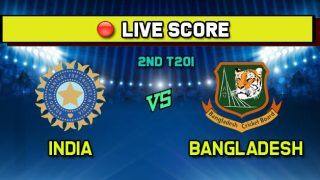 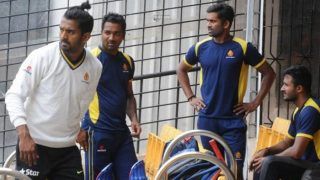