Those part of the English tour is unlikely to feature in India's tour of Sri Lanka 2021.

After the Indian Premier League had to be suspended due to the rise in Covid-19 cases, the Board of Control of Cricket in India (BCCI) has upped its game in trying to ensure that the international fixtures go ahead as planned. That means, the Indian team will first play the much-awaited inaugural ICC World Test Championship final in Southampton, which would be followed by a five-match Test series versus England.

Days after that, the Indian team – sans the big names – would travel to Sri Lanka for a white-ball series, comprising of three T20Is and an equal number of ODIs. As per a report in Cricinfo, the Virat Kohli-less Indian team will reach Sri Lanka on July 5. Three ODIs will be played on July 13, 16, and 19, followed by T20Is on July 22, 24, and 27. All the matches are set to take place in Premadasa Stadium, Colombo.

Arjuna de Silva, who is the administrative committee chairman of the Sri Lanka Cricket (SLC) told Sportstar that a hard quarantine would be in place for the players as they do not want to take any risks given the current Covid pandemic situation.

Meanwhile, the Indian team which will tour Sri Lanka would also have to serve out a week-long quarantine which will be split into two sets: the first one comprising three days of hard quarantine inside their rooms followed by four days where the squad can train but with their movement strictly restricted to just the hotel and the ground.

This will be India’s first visit to Sri Lanka since 2018 when they won the Nidahas Trophy.

Shikhar Dhawan, Hardik Pandya, and Bhuvneshwar Kumar; who are not part of the UK-bound squad, could return for the Lankan tor along with some new faces, who could feature in the Indian side. As per reports, those featuring in the English tour are unlikely to feature in the tour of Sri Lanka.

Arzan Nagwaswalla Names Zaheer Khan As His 'Bowling Idol And Inspiration'; Reveals About His Learnings From Jasprit Bumrah at Mumbai Indians Camp 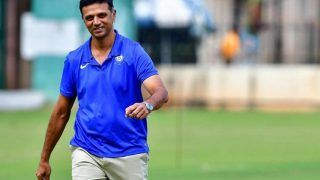