The Tamil Nadu allrounder injured his left hamstring and is currently undergoing rehabilitation at the NCA.

India B will be without the services of Vijay Shankar for the quadrangular series featuring India A, Australia A and South Africa A in Vijaywada starting August 17. The Tamil Nadu allrounder injured his left hamstring and is currently undergoing rehabilitation at Bengaluru’s National Cricket Academy.

The BCCI has decided not to name any replacement.

Shankar has been a prolific performer in the domestic circuit, a result of which he was drafted into the Indian national squad for the Nidahas Trophy. In the final recently played for India in the Nidahas Trophy where he struggled against Mustafizur Rahman in the final. In the crucial 18th over, Shankar played out as many as four dot balls denting India’s chances of chasing down Bangladesh’s target of 167.

Shankar was also picked up as part of India A’s squad for the tour of England as a back up for Krunal Pandya. A BCCI official confirmed that the board was keen to see how good Shankar is with the ball in seaming conditions. However, he didn’t do much to impress the selectors, registering figures of 1/20, 1/17 and 1/29 and 1/21 and scores of 30, 34, 28 against West Indies A.

The India B line-up features the likes of Karnataka batsman Mayank Agarwal, young batting sensation Shubman Gill, Deepak Hooda, Siddharth Kaul, Ishan Kishan and others, and will be led by Manish Pandey. India A however, have a more prolific squad with the presence of Prithvi Shaw, Nitish Rana, Sanju Samson and Krunal Pandya in their ranks. India vs England 2018, 2nd Test, Day 4 Live Streaming: Teams, Time in IST and where to watch on TV and Online in India 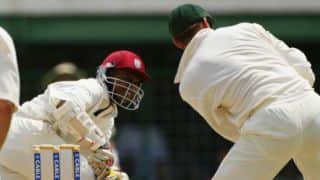