To recall the number of times S Sreesanth has injured himself is always going to be one hell of a task, but the pacer, despite sustaining about a dozen fractures on his toe, is not ready to compromise on speed. 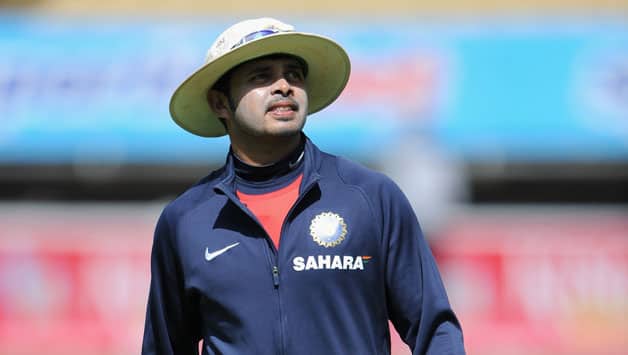 To recall the number of times S Sreesanth has injured himself is always going to be one hell of a task, but the pacer, despite sustaining about a dozen fractures on his toe, is not ready to compromise on speed.

“I bowled more than 150 overs in three Ranji matches which I played this season and I feel I am fully fit. The last season went in drain for me as I had to face many injuries.

“But I’m not scared of those and won’t compromise on speed. I still want to bowl fast. I have reduced my run up from 36 to 23 yards and feel confident,” said Sreesanth, who was on Tuesday picked in the Rest of India squad.

The nippy pacer said that he is focused on his preparations.

“I want to make most of these opportunities. I know making a comeback into Indian team will not be easy but my job is to give my best. I am not thinking of selections but I want to focus on preparations and play with same passion.”

“After two months on [a] wheelchair, I had to walk around in crutches for another three months. But now I have no fear factor in my mind and want to bowl as fast ever.”

Asked why India was still struggling to produce quality pacers, he said, “There are many Indian bowlers like Umesh Yadav, Zaheer, me and a few others who can bowl close to 140-145. Even the likes of Dale Steyn or (Brett) Lee do not always bowl at 150.

“You have to bowl the right length in right areas. We have to bowl according to situation and vary our speed. If asked I can generate more speed.”

Sreesanth refused to believe that Pakistan was able to produce quality pacers consistently.

“Most of their pacers play club cricket and are infused into international level right from there. Where is the consistency? In contrast we have a few good pacers who are very consistent.”