Former Pakistan captain Inzamam-ul-Haq has come out in support of banned leg-spinner Danish Kaneria, saying he had never seen the bowler indulge in any type of activity during his career that would cast doubts over his integrity. 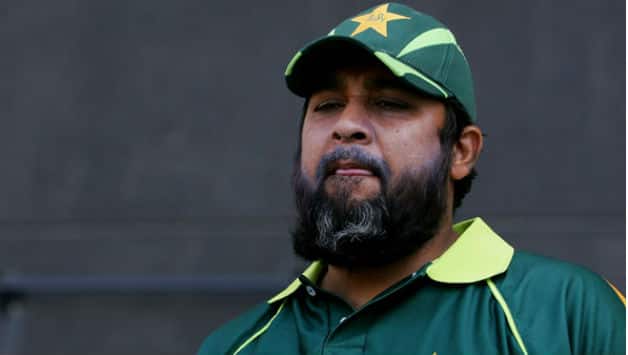 Inzamam-ul-Haq (above) has backed his former team-mate Danish Kaneria. The leg-spinner was banned by the ECB over allegations of spot-fixing © Getty Images

Former Pakistan captain Inzamam-ul-Haq has come out in support of banned leg-spinner Danish Kaneria, saying he had never seen the bowler indulge in any type of activity during his career that would cast doubts over his integrity.

“As a professional and as a friend I have never known Danish to be involved in any matters which would cast doubts over his integrity,” Inzamam said in his signed statement.

Inzamam’s statement has come after Pakistan’s former captain Rashid Latif has taken up cudgels to pressurise the Pakistan Cricket Board (PCB) to reopen or review Kaneria’s case with the England and Wales Cricket Board.

Inzamam also said Kaneria always gave his 100 per cent while playing for Pakistan.

“Danish has always given 100 per cent to Pakistan cricket and I have witnessed number of times him turning in match winning performances,” Inzamam, who played 120 Tests and 378 One-day Internationals, said.

“During this time, I have known Danish as a man of integrity and passionate about cricket. His love for the game is immense and his commitment has never wavered. He has been a successful player and is recognised across the world as one of the best spin bowlers,” Pakistan’s most capped player said.

The disciplinary committee of the England and Wales Cricket Board (ECB) had imposed a life ban on Kaneria, who played 61 Tests, most of them under Inzamam’s captaincy. The committee this year also dismissed the leg-spinner’s appeal against the life ban from playing cricket.

The ECB had termed Kaneria “grave danger to cricket” and found him guilty of coaxing and luring other players at Essex county to indulge in corruption and link with an alleged Indian bookmaker.

He has failed another appeal against his life which has been endorsed by the PCB in a commercial court of the United Kingdom.

Kaneria has maintained his innocence in the case and claims he didn’t get justice from the ECB committee.

Latif has produced number of documents relating to the case to highlight the fact that the bowler has not proper justice. He also claimed that the Indian bookmaker, Annu Bhatt had been a guest of the PCB in 2005/06 in Pakistan for the series against England and India, something which the board has denied strongly.

Kyle Jarvis's retirement premature, but he can come back: Brendan Taylor