Former captain Inzamam-ul-Haq feels Pakistan were psychologically under pressure against South Africa and advised the national team players to stop being overawed by the world's number one Test team. 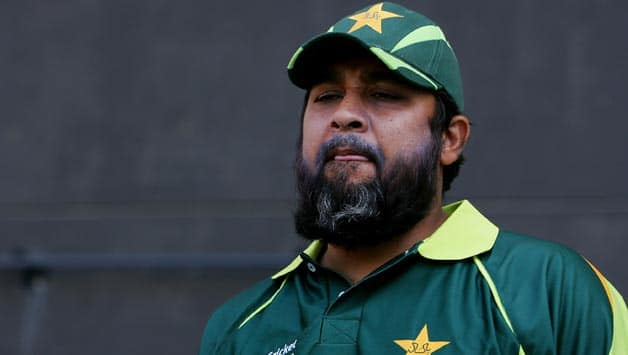 Former captain Inzamam-ul-Haq feels Pakistan were psychologically under pressure against South Africa and advised the national team players to stop being overawed by the world’s number one Test team.

“I firmly believe we were psychologically under pressure from South Africa since the start of the series. You look at the batting strike rate of our players and you can see they never tried to dominate the South African bowlers even after settling down which was the key to success in this series,” Inzamam said yesterday from Lahore.

South Africa, the number one ranked team in Test cricket, took a winning 2-0 lead in the three-match Test series on Sunday after defeating Pakistan by four wickets in the second Test at Capetown.

Inzamam, who was due to be in South Africa with the team as batting consultant, said he would have advised the players to play positively against the South African bowlers.

“It is true that our pace attack was not of the same quality that we had when we won tests in South Africa in 1998 or 2007 but still our batsmen needed to show a more proactive approach,” he said.

Inzamam, considered one of the batting greats in Pakistan cricket, said it was obvious on the field that Pakistani players were overawed by their opponents and under pressure because of their world number one status.

“We should have won the second Test. We had them on the mat in the first innings but a couple of bad decisions let them off the hook. Our batsmen than batted passively in the second innings when there was a need to play attacking cricket and put them under more pressure,” Inzamam noted.

The former captain admitted that South Africa’s bowling attack was one of the best in the world but not unplayable.

“Once Younis and Asad Shafiq scored centuries in the first innings I thought the remaining batsmen would take a lead from that,” he added.

Pakistan lost the first Test in Johannesburg by 211 runs after crumbling to 49 all out in the first innings in the face of the hosts’ hostile pace bowling attack.

Inzamam, who hit an unbeaten 92 in Pakistan’s last Test win in South Africa in 2007, said that the scoring rate of the Pakistani batsmen was a big concern.

“On the third day last session our batsmen scored at just two runs per over when we should have been going after their bowling. You look at their batting they kept on scoring at around four per over all the time to put our bowling under pressure,” he said.

Inzamam said he was always available to help the Pakistan team and if the board asked him again to work with the players he would definitely give it a thought.

“After the Indian tour I don’t know but the board didn’t talk to me about going to South Africa as batting consultant,” he said.

Pakistan’s former captain, Moin Khan said that the national team needed to play positive cricket not only on the field but in their minds.

“You can only beat a top side if you believe you can do it. I thought we had the second test in the bag but we didn’t go for the kill when required,” he said. Doug Walters and Gary Gilmour get smashed at night, then smash New Zealand in daytime