Inzamam-ul-Haq made it clear he had conveyed his message to the team that they can't afford to relax on the laurels of the first win in Lord's Test.

Karachi: Pakistan’s chief selector Inzamam-ul Haq says his ambition and target is to see the national cricket team improve its ICC rankings in all three formats of the sport. “We have done well in Test cricket but we have a realistic chance of even securing top position in the Test rankings. And we need to work very hard to improve our rankings in ODI and T20 cricket which have gone down since last year,” he said. “And that can only happen when we start showing more consistency and continuity in our performances. The remaining three Tests against England are a litmus test for Pakistan to show they can be consistent,” Inzamam told Geo Super sports from Manchester. FULL CRICKET SCORECARD: England vs Pakistan 2016, 1st Test at Lord s

The former Pakistan captain, who will witness the second Test, which started on Friday at Old Trafford, made it clear he had conveyed his message to the team that they can’t afford to relax on the laurels of the first win in Lord’s Test. “England is always a tough side to beat at home. Our team played superbly to surprise them at Lord’s. But with James Anderson and Ben Stokes back they can comeback. The second Test will be crucial in deciding fate of the series,” Inzamam said. READ: Pakistan not ready to recall Ahmed Shehzad, Umar Akmal for limited-overs series against England

Inzamam said whenever Pakistan had played at Manchester the pitches have been good for batting. “But if the weather is warm it is good for our team. If we show the same consistency we showed at Lord’s this can be a good match for us,” he said.

Inzamam, who played 120 Tests, said Pakistan will have to play with passion throughout the series and can’t afford to relax. “Most of our players don’t have much experience of playing in English conditions and this could suit the home side,” he said. READ: Inzamam-ul-Haq: Mohammad Aamer can be a match-winner in England

Inzamam said in a bid to halt the slide in rankings the selectors were looking at new talent for limited overs cricket. He noted that senior batsman Younis Khan had played the most Tests at Manchester (three to be precise) in the current team and he will have to play a key role in the ongoing second Test. The former captain also said that the selection committee had picked the touring squad on merit and independently. 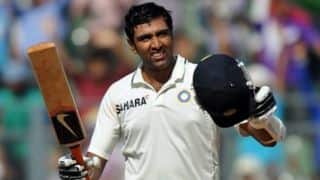