Rishabh was with the team in their hotel in Delhi when he learned about his father s demise.

Delhi Daredevils (DD) cricketer Rishabh Pant on Saturday turned up for his team s first match in the Indian Premier League (IPL) 2017 against Royal Challengers Bangalore (RCB), just a couple of days after he lost his father. The 19-year-old cricketer suffered a personal tragedy on Wednesday when his father, Rajesh, suffered a heart attack at home and passed away in his sleep. Rishabh was with the Delhi Daredevils, preparing for their season opener and had to rush back home for performing the final rights. An official from the franchise even said Rishabh could join his team back whenever he felt like, but the young cricketer turned up for their first match in Bengaluru and kept wickets. Live Cricket Scorecard, Royal Challengers Bangalore vs Delhi Daredevils, IPL 2017

Rishabh was with the team in their hotel in Delhi when he learned about his father s demise. According to Hindustan Times, Rishabh left for his hometown Roorkee after informing the team management. Rishabh s father was suffering from fatigue for a few days. Rishabh was however, expected to join his team on Friday and the next day, he was selected in the playing XI as the wicketkeeper-batsman for Delhi Daredevils opening match against Royal Challengers Bangalore. It s a time that he needs to be with the family. He can take his time and join the team when he feels like, an official from Delhi Daredevils was quoted as saying.

Rishabh was selected in the Indian team for their three-match T20 Internationals (T20I) series against England earlier this year, and he made his debut in the final match at Bengaluru. 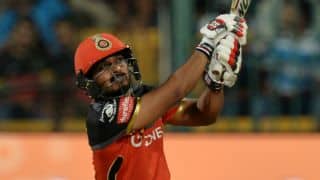 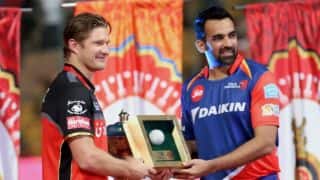