It is reported that players who miss out on the initial seven games for their respective franchise can be sold or brought by others during the season.

Indian Premier League (IPL) 2018 has been making news due to the upcoming player draft. IPL 11 will have a player pool full of superstars including the likes of MS Dhoni, Virat Kohli, AB de Villiers, Rohit Sharma and Gautam Gambhir. Now, it is being reported by IndianExpress that the next edition will allow transfers during the season.

It is reported that players who miss out on the initial seven games for their respective franchise can be sold or brought by others during the season. A BCCI official said: The idea was discussed in the meeting and all owners/team representatives seemed convinced about it. The modalities will be worked out as soon as the IPL body accepts the proposal.

He further adds, There have been instances where a player gets only a few games and that too towards the business end of the tournament or warms the bench throughout the season. A team buys a certain player in the auction but later finds it difficult to accommodate him in the playing XI due to their combination or team balance. This proposal is a win-win situation for players and teams.

The modalities of this IPL will be chalked out in the coming months. The BCCI and IPL owners met on November 22 to script out an outline for the upcoming season. 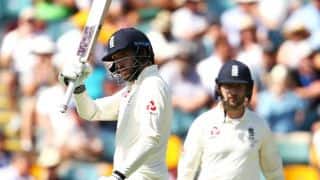