Kohli and Padikkal stitched a 99-run stand after Chahal snared three wickets in an impressive bowling show that helped them restrict RR to 154/6. 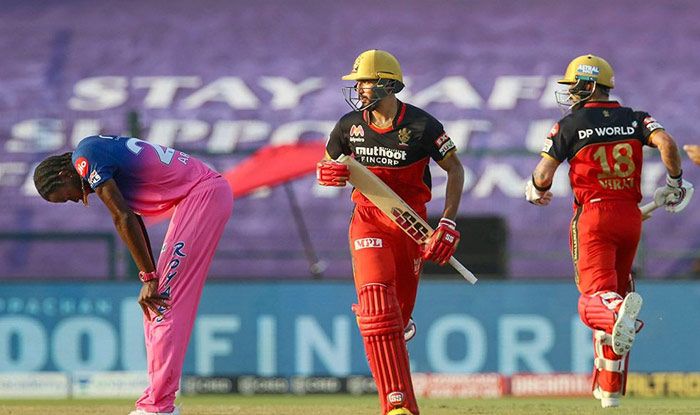 Captain Virat Kohli roared back to form with an unbeaten 72 and stitched a 99-run stand with Devdutt Padikkal (63) to power Royal Challengers Bangalore to a comfortable eight-wicket win over Rajasthan Royals in an IPL match in Abu Dhabi on Saturday.

This was after wrist spinner Yuzvendra Chahal snared three wickets in an impressive bowling show that helped them restrict RR to 154 for 6.

Kohli’s knock came off 53 balls with seven fours and two sixes. It was RCB’s third win in four matches.

Padikkal yet again produced an impressive innings before he was dismissed by Jofra Archer in the 16th over, after hitting six fours and one six.

The young RCB opener allowed his captain to get in and settle down before Kohli produced some of his trademark shots later on to accelerate.

The RCB needed 31 runs after Padikkal’s dismissal and another in-form batman AB de Villiers (12 not out) ensured that his side reached the target with five balls to spare.

Having failed to score big in his earlier three innings (14, 1, 3), Kohli took time to settle down and scored mostly in ones and twos initially.

Padikkal continued his good form having scored 56, 1, 54 in his three earlier innings. He reached to his fifty in 34 balls. He was the dominant batsman in RCB’s opening stand of 25 runs with Aaron Finch who was out in the third over with a score of 8.

Earlier, Chahal returned with figures of 3/24 from his four overs to restrict RR to 154 for 6.

Opting to bat, the Royals lost their top-order batsmen cheaply inside the powerplay overs but recovered to some extent to post a decent total, thanks to Mahipal Lomror’s knock of 47.

Royals skipper Steve Smith (5) fell cheaply for the second consecutive time with Isuru Udana taking his wicket in the third over. He was followed in the hut by Englishman Jos Buttler (22) who failed to come up with a big score yet again.

Sanju Samson (4), who had two sensational innings of 74 and 85 in the first two matches, was dismissed in the fifth over with Chahal taking a low catch in his follow-through.

The Royals were 31/3 and they reached 70/3 at halfway mark with Robin Uthappa (17) and Lomror stitching a 39-run stand for the fourth wicket. But Uthappa failed again with Chahal getting him caught at long off.

Chahal ended Lomror’s innings in the 17th over as the batsman sliced up a widish delivery to Devdutt Padikkal at long off.

Rahul Tewatia (24 not out), looking for yet another explosive innings after the one against Kings XI Punjab, hit two sixes in the last over after enduring a beamer from Navdeep Saini on his chest. 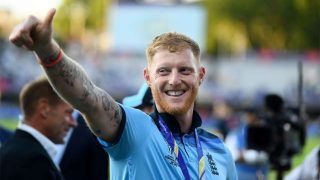