In all likelihood, BCCI will make the official announcement on August 18.

It is going to be a five-way race for the title sponsorship of Indian Premier League 13. Tata, Jio, Byjus, Unacademy and Patanjali are in the bidding war to bag the rights for the upcoming season which is 36 days away. As per an The Economic Times report, a BCCI official told ET.

“The board has received interest from some of the biggest corporates like Tata Sons and Reliance Jio, as well as Patanjali and two large edutech companies. We always believed there is going to be a great interest in the IPL title sponsorship,” a senior BCCI official told ET.

BCCI is looking for a sponsor after the Chinese mobile giants VIVO pulled out as title sponsors following the backlash they faced on social media in the wake of the Ind0-China tensions. VIVO had struck a five-year deal with BCCI for Rs 2,190 crore, which meant Rs 440 crores per season.

In all likelihood, BCCI will make the official announcement on August 18.

It was ET that had first reported that big corporate houses like Amazon, Patanjali had shown interest in bidding.

Meanwhile, with 36 days to go for the thirteenth season, the streaming deal between Hotstar and Jio TV has been called off.

IPL 13 is scheduled to start from September 19 and the final would be played on November 10. Three venues would be used for the tournament to minimise traveling for players in the wake of the pandemic. Franchises have already started assembling players ahead of the season. CSK – who will have a six-day training camp in Chennai – would in all likelihood be the first franchise to reach UAE on August 22. 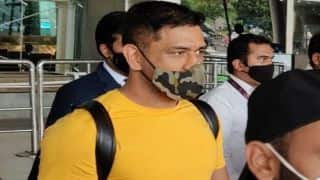