Former South African pacer Allan Donald feels that Ashok Dinda's jump at the bowling crease reminds him of his playing days and he is "right up there along with other Indian pacers". 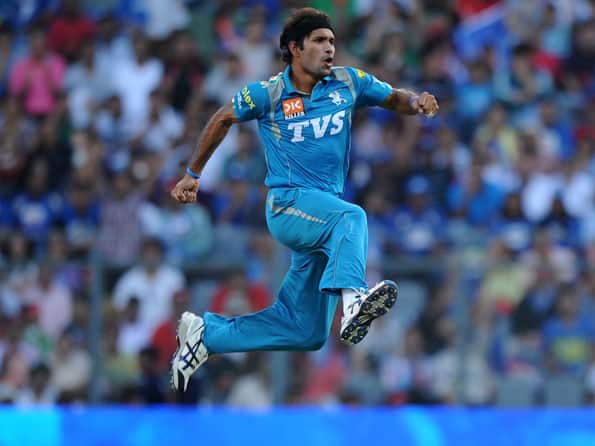 Former South African pacer Allan Donald feels that Ashok Dinda’s jump at the bowling crease reminds him of his playing days and he is “right up there along with other Indian pacers”.

“I have no problem with his jump and that’s the way he has done it for a while now. It’s not something you see with most bowlers but he (Dinda) reminds me of myself. I too had to get off the ground high enough to snap very hard at the crease,” Donald told PTI during an exclusive interview.

Elaborating further, he said, “I love the hang time he gets before he snaps through the crease. The hang time allows him to get into a strong position before pulling the trigger. The action comes naturally to him but the stress on the body is huge so paying attention to his core will be something he will have to work hard on.”

Having worked with the 28-year-old at the Pune Warriors, Donald feels that those related to the Indian team should be clear as to what role they want Dinda to play.

“Dinda has impressed me with his attitude and skill. The question I want to ask, do coaches see him as a stand in for the big boys or a potential talent who you can back to do you a job no matter what?

“Of all the Indian bowlers I have seen, he is right up there. We all want to stack up the numbers (wickets) but there is a patient process to follow and that for me will make him a big time contender in the Indian team.”

With 330 Test and 272 ODI wickets, Donald has the expertise and authority to talk on fast bowling.

“Bowling is like a golf swing. It is all about feel and it is complex. There is a lot that can go wrong, if everything is not in-sync. When you are in good form, you have to understand why you are in that sort of form and again it brings me back to the training ground.”

For one of the greatest fast bowlers of his generation, “The bottom line is, if you disrespect the way you train, mother cricket will rub your nose in the dirt.”

Getting it right at the nets is the key, says Donald. “In my coaching role, I keep a close eye on how players go about there business and that is to never let them take that practice space for granted for one second. If I know that they are doing it right at training then I know they will get it right more often than not out in the middle.”

Donald feels it is easy to motivate a bowler when he is in good form rather then when he is going off the boil.

“It’s easy to motivate someone when he is in great form but important time is when the player wants to know why his out-of-form. The player will straight away go to his ‘Default’ and that means there is a technical problem. (I used that same excuse). In my role, most bowlers understand there actions and know there roles within the team. So for me, to come in and tell them how to bowl is not going to work.”

The Pune Warriors coach doesn’t believe in having conventional net practice in the run-up to a Twenty20 game.

“In this form of the game, there is no point just rolling through a net practice just for the sake of it. From bowler’s point of view, we have to train under real pressure and that is simulating bowling in the Powerplay overs.

“I like doing that having a middle practice where the bowlers can set there field accordingly and the presure feels real then they can see for themselves what mistakes they make in there execution. The same goes when we practice just bowling yorkers.”

Among other bowlers who have caught his attention, Donald feels Morne Morkel and Umesh Yadav of Delhi Daredevils have been “stand-out performers.”

“Morne has shown what a class act he is and I love what Umesh brings into the game for his franchise as well as national team.” (PTI)