Pakistani all-rounder Azhar Mahmood feels that cricket could help normalise the relations between India and Pakistan, saying the game has no boundaries. 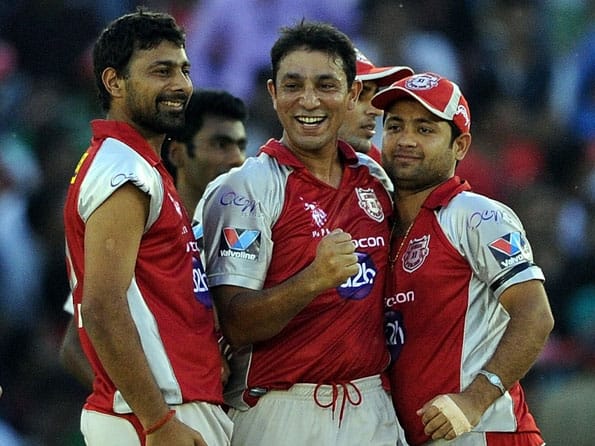 Pakistani all-rounder Azhar Mahmood feels that cricket could help normalise the relations between India and Pakistan, saying the game has no boundaries.

Mahmood, who now has a British passport and only Pakistani player playing in the Indian Premier League-V, said in the past the game has brought closer the two nations and it can happen again.

“In 1997, when we toured, there was tension between the two nations. After that tour, tensions eased and the situation improved. The game has no boundary. In the past, it has been cricket which has brought the two nations together and in future too I hope the sport will play the same role,” Mahmood, who plays for Kings XI Punjab, said.

The cricketing ties between the two neighbours are suspended since the Mumbai terror attack in 2008.

“I hope the tensions between the two countries ease and like two good neighbours we live together and move forward, which is good for every single Pakistani and Indian as well.

We want peace,” he said.

Mahmood was not interested in talking in detail about the tainted fast bowler Mohammad Aamer but said the youngster can learn from that episode.

“I don’t want to talk this stuff. I have no idea if they will allow him to play again. But youngsters can learn (from his experience)..its (a lesson) for all cricketers to think about that and learn,” he said.

Mahmood, who faced visa problems earlier to come to India, said that was history now.

“The issue is over, done and dusted. It’s been wonderful experience to play in IPL, where top players from around the world share the same dressing room. I am quite happy to be part of Kings XI Punjab and IPL,” Mahmood said in his first interview ever since his arrival to play in the cash-awash T20 tournament.

Asked how he rates the current Pakistani team, Mahmood, said, “The team has been playing good under Misbah-ul-Haq.

They haven’t lost a series barring ODIs against England. The coach Dave Whatmore also knows the culture very well from his experience in Sri Lanka and Bangladesh. I think Pakistani cricket is in safe hands.”

Mahmood also said that he was not averse to the idea of turning out for Pakistan in future.

“I never said no to them. But it’s in the air. Its bubble in the air, anything can happen, but nothing yet. I haven’t got any opportunity. I want to play competitive cricket, which I am playing. I am just concentrating on playing what I have in hand.

“But if opportunity comes my way, I will think about that,” he said, adding that at 37 he was not getting any younger and he will have to weigh his options as he was playing around the world from country cricket, to IPL to BPL.

Mahmood, who has helped his IPL team strike the right balance after his inclusion, said he was pleased about his and his team’s performance.

We are placed at number four spot and if we can win 2-3 games, we have got really good chance to proceed further. Yes, I have heard many people say that after I joined the side, it has made the difference, which I am quite pleased with,” said the veteran of 121 T20s.

Mahmood, who has been among the wickets and making useful contributions batting down the order, said he would love to bat at number 3 or 4 spot, but that call will have to be taken by the team.

“It’s not about me, it’s about getting the team balance right. But yes, if I get opportunity to bat up the order, I would love it. However, more important is to win games.”

He also said that IPL has helped in scouting young talent and praised youngsters Mandeep Singh and Parvinder Awana for putting up a good show.

“We don’t have big names in the team, but youngsters are putting in a lot of energy. We like each other’s company and each other’s success,” he said.

Mahmood has high regard for Sachin Tendulkar and said getting a batsman of his calibre out was always an achievement and brings a special feeling.

“There is no doubt that he is the best player in the world,” said Mahmood.

Reacting to Tendulkar s nomination to Rajya Sabha, Mahmood said, “I have no idea about that. I don’t know how the politics works here. You can ask Sachin about that. But I am sure, If he has got something from the government, he deserves it and it’s good for him. Hopefully, the way he has been performing on the field, he should perform in what you call Rajya Sabha.”(PTI)