The absence of injured New Zealand skipper Ross Taylor has left Delhi Daredevils head coach Eric Simons disappointed but the South African hoped his team will make its way through and peak at the right time in the fifth Indian Premier League. 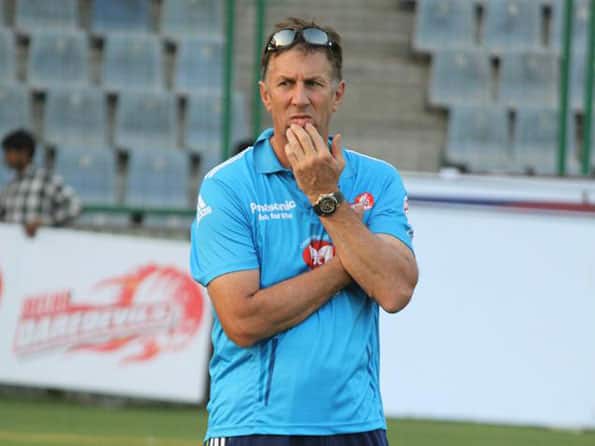 The absence of injured New Zealand skipper Ross Taylor has left Delhi Daredevils head coach Eric Simons disappointed but the South African hoped his team will make its way through and peak at the right time in the fifth Indian Premier League.

“We expected Ross (Taylor) to be here as we knew that Mahela (Jayawardene) and (Kevin) Pietersen would not be available (at the start of the season). But he was hit by one of the teammates (Morne Morkel). That’s the nature of the IPL. You have to chart our ways through. It’s disappointing though,” Simons said.

“The IPL is not a sprint. It’s like a marathon in some respects. You have to peak at the right time. I hope that’s going to happen,” Simons told reporters on the eve of their IPL V opener against Kolkata Knight Riders here.

Compared to Delhi’s smart looking pace attack, the spin department may look a bit inexperienced but Simons felt that they have it in them to surprise a team on any given day.

“The only thing we lack is a big name, someone with reputation. We have really worked hard with the players we got. We have got some exciting guys.

“We have got (left arm spinner) Roelf van der Merwe obviously with some international experience. He is key for us. We have got Nadeem and (Pawan) Negi.

“There are few ideas and thoughts which we would like to use in our spin department to surprise the teams. I think we have a capable bunch of spinners,” he added.

The Knight Riders have been one of the under-achievers of the tournament but Simons said Gautam Gambhir’s men appear stronger this time around.

“If you look at all the sides in the IPL, there are few teams who are favourites. Every team has got match winners.

The nature of T20 cricket is if a matchwinner plays out then he can solely win the game for his team. They are well balanced side. Some informed cricketers. Certainly they look to do well this year,” he said.

Simon reckoned that defending champions Chennai super Kings and Champions League winner Mumbai Indian appear to be the favourities this year too.

“At the outset, the two sides stand out as the favourites for the balance and depth of the squads.”

On battle within the battle in tomorrow’s match, he said: “I think IPL is an incredible tournament. An exciting place to play cricket, exactly for those reasons.

“It’s exciting. You have brothers against each other. Great friends in Gauti and Viru in opposite camps. A great place to nurture young cricketers,” he added.

Giving an injury update about Varun Aaron, he said: “We don’t want to rush (Varun) Aaron to play tomorrow. We will play him when he is ready.” (PTI)