From a bevy of Bollywood stars, including Amitabh Bachchan, Priyanka Chopra and Kareena Kapoor, as also US singer Katy Perry, the glamour quotient dominated the glitzy opening ceremony of the fifth edition of the Indian Premier League (IPL) at the YMCA Ground on Tuesday night. 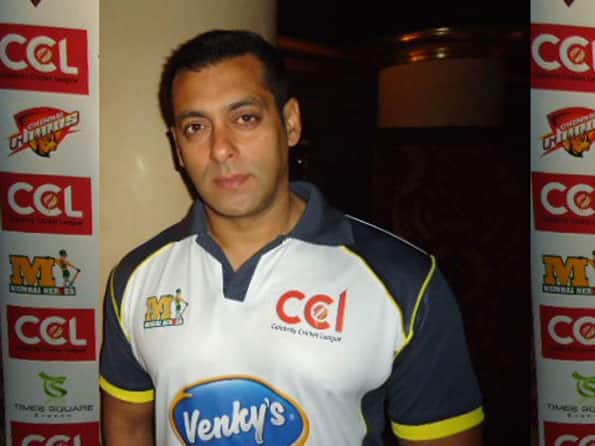 From a bevy of Bollywood stars, including Amitabh Bachchan, Priyanka Chopra and Kareena Kapoor, as also US singer Katy Perry, the glamour quotient dominated the glitzy opening ceremony of the fifth edition of the Indian Premier League (IPL) at the YMCA Ground on Tuesday night.

In his signature baritone, Bachchan set the stage alive with a heartwarming poem written by lyricist Prasoon Joshi.

This was the actor’s first stage appearance after undergoing abdominal surgery. He looked hale and hearty as he came on stage dressed in velvet coat and trousers, to recite “Janam Yadhi Phir Se Mile”.

The 69-year-old was accompanied by dancers from the Shiamak Davar troupe, who described the essence of the poem through their performance.

His routine was followed by Colonial Cousins, DJ Ravi Drums and Soth African percussionist group 1st Project who mesmerised with their peppy numbers.

Bollywood’s “junglee billi” Priyanka Chopra then took the packed audience by surprise when she went up in the air during her performance, and got cricketer Harbhajan Singh to dance a little jig with her.

Looking chic in a black and white sequinned top, black pants and a red wrap-around skirt, the actress opened her act with her popular song “Aaj ki raat”.

She did away with her skirt for a sporty look as she was pulled up in the air with a harness for an aerial act on the “Don” tune. The 29-year-old mesmerised the audience with her confidence, and landed on the stage for a power-packed dance on the number “Dhantanaa” from the film “Kaminey”.

She moved around in the audience, and urged the front row members, including Sourav Ganguly and Harbhajan Singh, to dance. Bhajji, as the latter is lovingly called, was sporting enough to get up and join her for a jig.

Later, Priyanka took to the stage again to interact with the cricketers of title holders Chennai Super Kings, who are led by India captain Mahendra Singh Dhoni.

She pulled Dhoni’s leg, and asked the boys to join her for a dance on hit Tamil song “Nakka mukka”.

Kareena Kapoor then stole many hearts when she danced to her chartbuster “Chhamak chhallo” and swayed to “Dil mera muft ka” but the cherry on the cake was her warm “Vanakkam”.

The packed audience cheered in unison for the 31-year-old as she came on stage dressed in a blingy black overcoat.

“Kaun hai jisne mujhe mudke nahin dekha (Who is the one who didn’t turn around again to see me)” from her popular movie “Kabhi Khushi Kabhie Gham”, played in the background as Kareena appeared on stage. And going by her flashy outfit, the dialogue suited the moment perfectly. Even if one wanted, one couldn’t miss her presence on stage.

Her performance was fairly long and vivacious and left the audience asking for more.

The audience’s enthusiasm went up to the next level as the Tamil superstar performed his signature moves to songs like “Main aisa kyun hun” from “Lakshya” and “Tera hi jalwa” from “Wanted” in his hometown.

The 39-year-old even went down the stage to mingle with the audience while shaking a leg and people were seen enjoying his performance to the fullest.

Indian cricket board president N.Srinivasan in his speech promised to help 185 Indian cricketers with the proceeds from the four play-off stage matches.

Srinivasan said the Board of Control for Cricket in India (BCCI) will be distributing the proceeds among 185 international and domestic cricketers.

“The proceeds from the play-off matches will be distributed among former cricketers, who have represented India at the international level and also among domestic players. The BCCI will give a one time assistance to those cricketers and around 185 Indian cricketers will benefit. It is a small gesture from the BCCI to all those who have done yoeman’s service to Indian cricket,” he said.

Standing alongside the nine IPL team captains, Srinivasan said it was a proud moment for him.

“It is a proud moment for me to stand here on this stage with nine captains. IPL has gone from strength to strength and has become one of the premier tournament of the world,” he said.

Srinivasan also said that IPL has helped the BCCI to develop infrastructure for the sport all over the country.

“We distribute proceeds from the IPL to all the state associations to build infrastructure. BCCI spends substantial amount on helping to develop the game at the grass roots,” he said. (IANS)