Mumbai Indians skipper Harbhajan Singh on Friday blamed his batsmen for messing up what looked to be a comfortable run-chase against Pune Warriors in an Indian Premier League match here today. 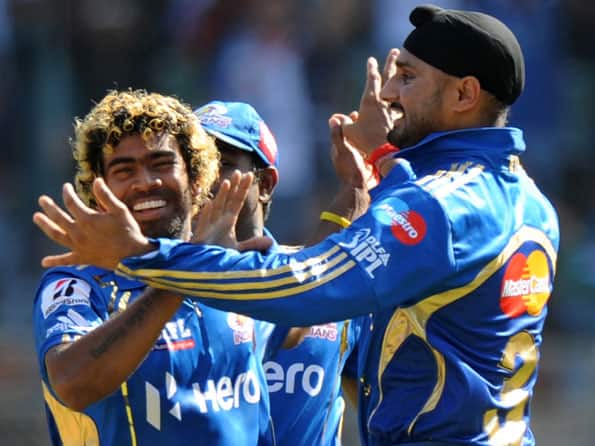 Mumbai Indians did well to restrict Pune Warriors below 140, but failed to perform with the bat AFP

Mumbai Indians skipper Harbhajan Singh on Friday blamed his batsmen for messing up what looked to be a comfortable run-chase against Pune Warriors in an Indian Premier League match here today.

Chasing a modest 129 for nine, Mumbai witnessed a disastrous start and were eventually restricted to 101 for nine, thereby losing the encounter by 28 runs at a Wankhede Stadium pitch that offered a lot of turn.

“We bowled very well to restrict them to 129. But we lost too many wickets up front (3 wickets for 5 runs) and from then played catch-up. It was a total that should have been chased whatever be the nature of the wicket,” said Harbhajan at the post-match media conference.

“We did not start well in the run chase. But we did well in the second half when Dinesh Kartik and James Franklin put on that partnership. It was a game that we should have won,” rued Harbhajan.

Asked about the absence of senior batsman Sachin Tendulkar because of the finger injury he sustained in the opening game against title holders Chennai Super Kings, Harbhajan said while the team did miss the master batsman’s presence, it was time the others learnt to take up more responsibility.

Sachin is such a big player and we obviously missed him. But it’s time for others to take up the responsibility as individuals. I don’t want to name anyone. We need to bat according to the situations and wicket conditions. We should not make same mistakes. Hopefully, we will learn from the mistakes we made today,” he remarked.

He conceded that losing Dinesh Kartik at a crucial stage in the chase was a game changing moment.

“If Dinesh had continued for another 3-4 overs things could have been different,” Harbhajan said.

Kartik, who made 32 in as many balls with a six and four fours, had put on valuable 49 runs in 53 balls with Franklin who also made 32. But he was dismissed by left-arm spinner Murali Kartik who lured him out of the crease for a stumping when MI were 54 for three.

“Dada (Ganguly) is a very special captain. He had captained India for so long and so well and made us believe we are match-winners. Today he again showed his skills as a captain with his bowling changes etc. I have learned a lot from him.” (PTI)