Kolkata Knight Riders skipper Gautam Gambhir may want to think otherwise, but many Kolkatans, including Sourav Ganguly's wife Dona, said they would root for the city's favourite son when he leads Pune Warriors in an IPL match here on May 5. 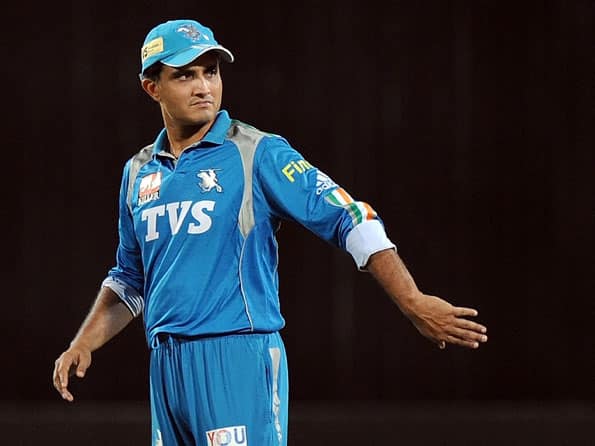 Kolkata Knight Riders skipper Gautam Gambhir may want to think otherwise, but many Kolkatans, including Sourav Ganguly’s wife Dona, said they would root for the city’s favourite son when he leads Pune Warriors in an IPL match here on May 5.

“It’s team Pune for me all the way. And I know, majority of people here will also be supporting for their ‘Dada’ when he will play at Eden Gardens against Knight Riders,” Dona said.

“He gives them a more intense feeling of being one of their own rather than their home team. That’s Sourav. He can bind people beyond borders. He has followers everywhere,” she said remembering KKR’s win in Delhi.

“I was flooded with messages from Delhi that day despite the home team losing. I was so overwhelmed. I’m proud to be his wife.”

Many people here feel that Ganguly would want to prove a point against his former outfit that had shunned the former India skipper after a bitter three-season association.

Ganguly was left unsold at the 2011 IPL auction but true to his style the left-handed batsman made a comeback in Pune colours as he is set to use the visitors dressing room for the first time at the Eden, a ground where he grew up playing cricket.

“My support will be for Sourav’s team. All the people of Bengal have always been with Sourav. May 5 will be no different,” he told the media.

Gautam Chatterjee, a 45-year-old fruit seller at Behala, where Ganguly’s residence is located, said, “From the day one (when he played for India), we are with him. We will always support for Dada.

“He is one of our most successful captains, who has contributed immensely to Indian cricket. He is a Bengali.”

Suman Das, an BPO employee in Lalbazar area, said it’s time for revenge for Ganguly and the arrival of Australian skipper Michael Clarke would give the team the much-desired boost.

“We hate Kolkata Knight Riders. God knows, how many times he was insulted there. I’m sure he will once again prove it for Pune Warriors. Clarke has arrived. We will see how KKR will stop Pune,” he said.

KKR skipper Gambhir, after his side’s convincing win over Royal Challengers Bangalore, had sounded a warning bell to the Pune camp, saying that people would root for their team as it truly belongs to Kolkata.

“The way we have played, I think Kolkata will get a lot of support from the people. It’s Kolkata’s team… No other team belongs to Kolkata,” Gambhir, who smashed a 51-ball 93 for his second Man-of-the-Match this season, said after their win last night.

Meanwhile, all the tickets were sold out within an hour of sale at the counter at the Mohammedan Sporting ground. More than 10,000 people had to leave dejected without getting tickets.

Blackmarketeers, on the other hand, were having a field day cashing in on the cricket fervor as many of them were seen selling tickets at the Maidan at exorbitant rates. (PTI)