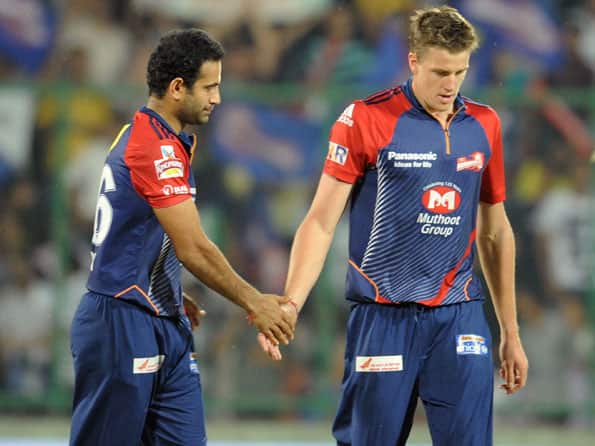 The Daredevils have been a dominating team in the league till the defeat against Pune in their last match. They have won four of the six matches so far on the back of a solid all-round performance.

While Delhi have been a force right from the start, Pune have gradually shifted the gears. They have worked hard as a unit and have a good skipper in Sourav Ganguly, who knows the art of getting the best out of his players.

Still, it will be challenge for him to continue with the good work as they have a very strong batting, the top-order of which is packed with at least four big-hitting batsmen, to contend with.

All top Daredevils batsmen — Skipper Virender Sehwag, Kevin Pietersen, Mahela Jayawardene and Ross Taylor — are in good nick. However, their bowlers hold the key in the clash as the race to be in top-four is gradually hotting up.

They can chase a big total with these batsmen in the line-up but Twenty20 is a format where two-three overs can change the complexion of a game.

So, the key is to not let Pune score much runs on the board, like they did in the last match by rattling up 192.

Although the track at the Subrata Roy Sahara stadium promises loads of runs, if Delhi bowlers can make early in-roads into Pune line up, it would serve them well.

We know what to expect from Sri Lanka, says Windies eves coach