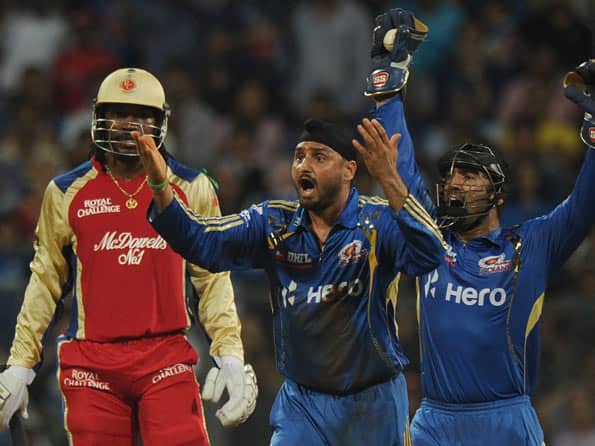 Mumbai Indians are placed third with 18 points from 15 matches. AFP

Rajasthan Royals, who have not been consistent enough, bowed out of contention for the playoffs with a humiliating five wicket defeat against Deccan Chargers in Hyderabad.

They must be ruing their close defeats against Delhi Daredevils and Chennai Super Kings but are left with no other options but to play for pride against the formidable Mumbai Indians.

Skipper Rahul Dravid has already proved that he is not a spent force and that too in the shorter version of the game which has never been his forte. He, along with Australian Shane Watson, Shaun Tait, Ajinkya Rahane and others would like to prove a point with better performances.

Mumbai Indians are placed third with 18 points from 15 matches. Skipper Harbhajan Singh has been struggling for form but might bounce back. Pollard has been successful in picking up a few wickets so the visitors need not worry much.

The pink city has been witnessing sand storms and slight showers this week but still the wicket at the Sawai Man Singh Stadium is pretty good for batting and would provide a perfect platform for big guns like Tendulkar, Rohit, Pollard and Rayudu.