The opening ceremony of the Indian Premier League 2012 (IPL 5) T20 cricket tournament will see a lot of fireworks in Chennai on Tuesday. 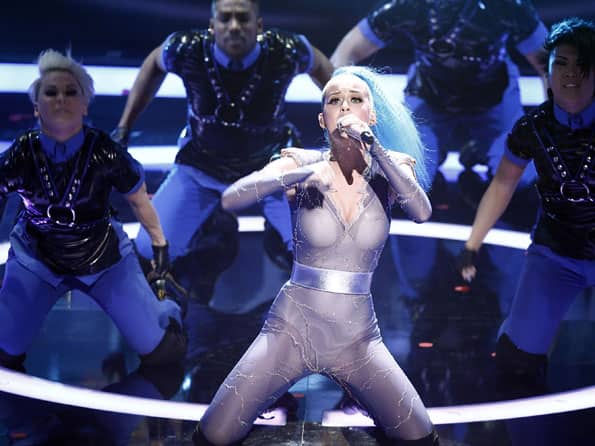 The opening ceremony of the Indian Premier League 2012 (IPL 5) T20 cricket tournament will see a lot of fireworks in Chennai on Tuesday.

If that is not enough, Bollywood stars Salman Khan, Kareena Kapoor, Priyanka Chopra and music band Colonial Cousins are geared up to set the stage afire.

High-octane twenty20 cricket will get underway on April 4, promising excitement and entertainment for the audience in the next 54 days when nine teams will be competing featuring international heroes and unheralded players.

Having proved its success in the past four editions with growing popularity, the Indian cricket board’s money spinning event will formally be launched with the IPL Opening Nite.

The dazzling show will be graced by legendary Amitabh Bachchan, Bollywood stars Salman Khan, Priyanka Chopra, and Kareena Kapoor among other celebrities.

The gala ceremony at the YMCA College of Physical Education would also feature all nine team captains taking the MCC Spirit of Cricket pledge.

Although very little information has been shared on the Opening Nite, whose tickets start from Rs 1,500, the evening is expected to provide a sumptuous feast of dance and music for the fans with American pop star Katy Perry set to perform for the first time in India during the show, which will also have India’s dancing sensation Prabhudeva.

The tournament proper will kick off on April 4 with holders Chennai Super Kings taking on last year Champions League winners Mumbai Indians in the inaugural match at MA Chidambaram stadium aiming for a hat-trick of titles.

All the teams have been training in the past few days preparing for the tough competition ahead. The Mumbai team has arrived last evening and would have nets today while Dhoni will join his side on Monday.

Stepping up the fervour will be music maestros Colonial Cousins, who will team up with international percussionist and composer DJ Ravi Drums and a group of talented percussionists known as First Project and local percussionists, d’Frens.

The fifth edition of IPL is scheduled to be held during April 4-May 27. With nine teams and 76 games across 12 locations, it promises to be a treat for cricket fans.

The captains of the nine participating teams will also be present at the opening ceremony, where they will take a pledge of adhering to Marylebone Cricket Council (MCC) spirit of cricket throughout the tournament.