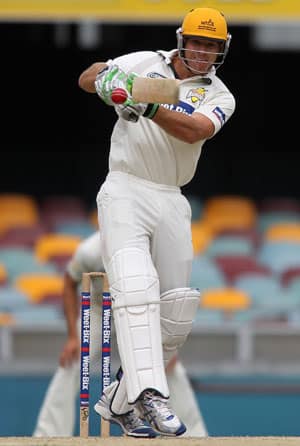 Earlier, the counsel of Luke Pomersbach denied that the player had confessed to his crime Getty Images

According to reports in ibnlive.com, the cops will record the statement of Miraj, a friend of victim’s fiance’s, who was present in the room when the assault took place.

Earlier, the counsel of Pomersbach denied that the player had confessed to police of having inadvertently touched or molested US citizen Zohail Hameed.

Lawyer Neeraj Chaudhry said that his client did not make any confession to police or anyone that he had molested the woman in a five-star hotel.

“It was all a rumour. Luke did not make any such confession. His case is pending in court. So, he will only tell court if he needs to say anything,” said Chaudhry.

Additional Commissioner of Police K.C. Dwivedi told IANS that Pomersbach did not confess to police that he had inadvertently touched or molested the Hameed under the influence of alcohol.

Dwivedi said another IPL cricketer KP Appanna, who has also cropped up in the case as he was caught in CCTV footage while accompanying Pomersbach in the corridor of Maurya Sheraton where the incident took place, told police that his presence at the time of the incident was a coincidence.

“He was not accompanying Pomersbach,” said Dwivedi on the basis of Appanna’s statement to police.

“Appanna’s name came to light after he was seen in CCTV footage recovered from Maurya Sheraton hotel where the American woman was molested during a party,” said the officer.