Defending champions Chennai Super Kings would look to get over the disappointment of three losses when they take on Pune Warriors on their home turf, aiming to extract revenge on the visitors for defeat in their previous IPL match. 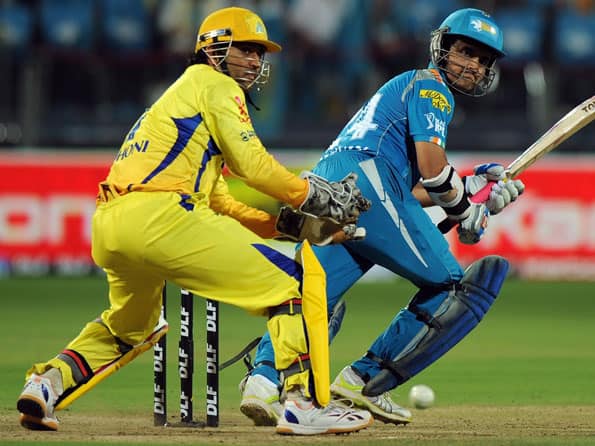 Defending champions Chennai Super Kings would look to get over the disappointment of three losses when they take on Pune Warriors on their home turf, aiming to extract revenge on the visitors for defeat in their previous IPL match.

With three defeats from five games so far, including the one against Pune Warriors, the Super Kings have just four points. But they are in a familiar situation as in the previous two editions of the tournament.

In 2010, they were on the brink of elimination before they bounced back and won the competition, similarly in the last edition too, they came from behind to emerge victorious.

Pune, who have six points and better net run-rate than Chennai, would though start as favourites tomorrow.

Given the trend in this edition of the IPL, it requires a dash of recklessness to predict the outcome, but the Super Kings have been in this situation before and the experience should see them past the Warriors.

The Super Kings would be looking towards their skipper Mahendra Singh Dhoni to provide some spark, like he did in the previous seasons, which had turned their fortunes around.

The hosts would be happy to be playing in front of their home crowd and hope to repeat their performance of the last game here when they snatched a sensational five-wicket victory in the very last ball against Royal Challengers Bangalore.

Chennai will also take heart from the fact that the three defeats that they have suffered this season were close matches and the reverses were mainly due to their inability to fire as a unit.

While Murali Vijay hasn’t really done anything of note till now, his opening partner Faf du Plessis has proved his worth. Dhoni also has shown some spark after a quiet start to the tournament. Allrounder Ravindra Jadeja has also done a decent job.

Meanwhile, Pune Warriors skipper Sourav Ganguly has his work cut out, having lost to Royal Challengers Bangalore last night in a thriller at Bangalore. And the onus is on him to regroup his forces and renew their assault that they have displayed in this season.

Pune would depend heavily on their opening pair of Jesse Ryder and Robin Uthappa, to give them a solid start, besides banking on Steven Smith down the order.

Ganguly is yet to play to his potential and the Warriors would hope him to fire against the defending champions.

West Indian allrounder Marlon Samuels has been a key player for the Warriors, who has contributed with both bat and the ball, though he has been held up for “questionable action”.

Ashok Dinda and Bhuvaneshwar Kumar have come good with the ball and would look to stick to their job.

As for the Warriors, their performance has not exactly matched their potential, both in batting and bowling, and yet, in patches, they have shown the sort of explosiveness that can take apart any opponent.

Tomorrow’s battle appears to be between equals with the pressure more on the hosts. (PTI)

IPL 2012: KXIP to sport green caps against KKR to support One Watt Campaign