Bolstered by the addition of Sri Lankan Mahela Jayawardene and explosive England batsman Kevin Pietersen, Delhi Daredevils would aim to put behind the disappointment of a previous loss and get back to winning ways when they host Chennai Super Kings in an IPL match. 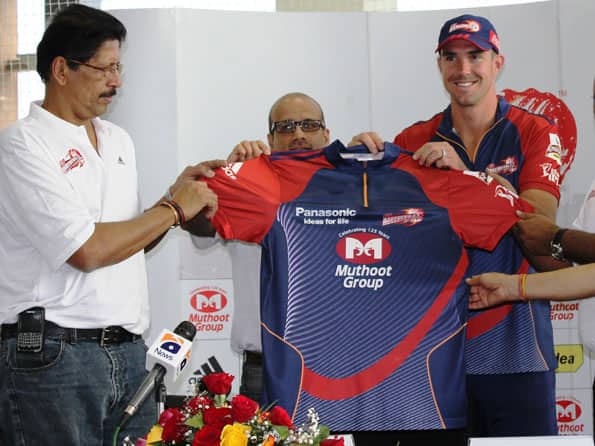 Bolstered by the addition of Sri Lankan Mahela Jayawardene and explosive England batsman Kevin Pietersen, Delhi Daredevils would aim to put behind the disappointment of a previous loss and get back to winning ways when they host Chennai Super Kings in an IPL match.

The Chennai Super Kings and the Delhi Daredevils have had contrasting performances in their previous match. While Chennai brushed off their rustiness to thrash Deccan Chargers in style, the Daredevils faltered against an inspired Royal Challengers Bangalore.

But the addition of Jayawardene and Pietersen is expected to give a much-needed boost to Delhi’s batting.

Both were in tremendous form during the recently-concluded Test series in Sri Lanka.

While Jayawardene scored back-to-back centuries, Pietersen roared back to form with a match-winning 151 in the drawn Test series.

Although the format is entirely different, the confidence of the duo being among runs will certainly be a positive that Delhi will look forward to at the Feroze Shah Kotla stadium.

Chennai, the most consistent side in the IPL, were beaten fair and square in front of their home crowd by Mumbai in the inaugural match of the season last week, but clawed their way back by outclassing 2009 edition winners Deccan by 74 runs last Saturday.

Ravindra Jadeja proved to an extent his worth with his brilliant allround performance — 48 off 29 balls and a career-best five for 16 with the ball in Visakhapatnam.

But the indifferent form of skipper Mahendra Singh Dhoni has been a cause of concern for a team, chasing a hat-trick of titles.

Two other key players — Australian Doug Bollinger and Ravichandran Ashwin — their pace and spin spearheads — would also be eager to make a mark.

For Delhi, underachievers in the last four seasons, the arrival of Pietersen and Jayawardene would bolster the batting, which was found wanting in their previous game.Delhi lost the match by 20 runs with skipper Virender Sehwag failing miserably for the second consecutive time.

Sehwag will have to take the extra load along with Naman Ojha and Venugopal Rao.

If Jayawardene plays tomorrow, then Delhi’s Australian recruit Aaron Finch will have to make way. In the case of Pietersen, another Australian Glenn Maxwell or West Indian Andre Russell will most likely sit out.

The spin department, however, looks a bit thin with left-armer Shahbaz Nadeem leading the attack. Irfan Pathan, Morne Morkel and Umesh Yadav would be leading the pace attack. (PTI)