A rejuvenated Kings XI Punjab will be aiming to keep their play-off hopes alive when they take on table-toppers Delhi Daredevils in an Indian Premier League match in New Delhi on Tuesday. A rejuvenated Kings XI Punjab will be aiming to keep their play-off hopes alive when they take on table-toppers Delhi Daredevils in an Indian Premier League match in New Delhi on Tuesday.

While Delhi, with 18 points from 13 games, are favourites to make it to the play-offs, Kings XI, who have of late won a few close games, would like to win their remaining three games in order to stay in contention having logged 14 points so far.

The two teams have had contrasting results in their previous matches. While Delhi were completely outplayed by Chennai Super Kings after their top-order flopped miserably, KXIP eked out a victory off the last ball courtesy some lusty shots by stand-in-captain David Hussey and young Gurkeerat Singh Ahluwalia.

The Daredevils have been mostly dependent on their top-order batsmen to fire. Inevitably when skipper Virender Sehwag or David Warner have failed to provide momentum, the home team has looked pretty ordinary as the middle-order batsmen are yet to stand-up and be counted.

Yogesh Nagar and Y Venugopal Rao got the ideal platform to prove their detractors that they too have the firepower but what one saw was a meek effort.

While the Chepauk track played its part, but on the same pitch, the likes of Murali Vijay and Suresh Raina made batting look so easy. Which again brings raises the question, does Delhi middle-order lack quality?

However, the Feroz Shah Kotla track would be better for stroke-players who like the ball coming onto the bat.

As far as the bowling is concerned, it will again depend on how well Morne Morkel bowls his opening spell. But Daredevils might not go for a four-pronged pace-attack like they did in Chennai.

Having both Umesh Yadav and Varun Aaron in the squad means that Delhi won’t be short on pace but certainly the attack will be a bit one-dimensional.

It can be expected that either Pawan Negi or Shahbaz Nadeem ? both of whom have done well — will be back in the playing XI. While Warner, Mahela Jayawardene and Morkel are automatic choices, it remains to be seen whether Andre Russell or Ross Taylor make a comeback in place of Roloef van der Merwe.

The KXIP side bears a settled a look despite the fact that regular skipper Adam Gilchrist hasn’t made a comeback since he got injured. Hussey hasn’t done a bad job and Gilchrist will expect that his bunch of pretenders pull off another upset.

A big factor can be KXIP’s bowler of the season Parvinder Awana. The second highest wicket-taker of the last domestic season knows the Kotla track like the back of his hand and his inputs will certainly help his team.

Also the presence of Azhar Mahmood has changed the complexion of the side as the veteran all-rounder has given the it much-needed balance.(PTI) 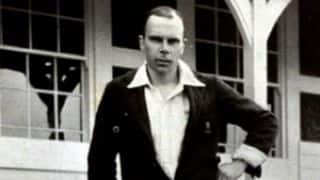 The birth of ball-by-ball cricket commentary on BBC