Keen to consolidate their chances of making the playoffs, Rajasthan Royals will be eyeing nothing less than a victory when they take on a lowly Deccan Chargers in their Indian Premier League match at Hyderabad on Friday. 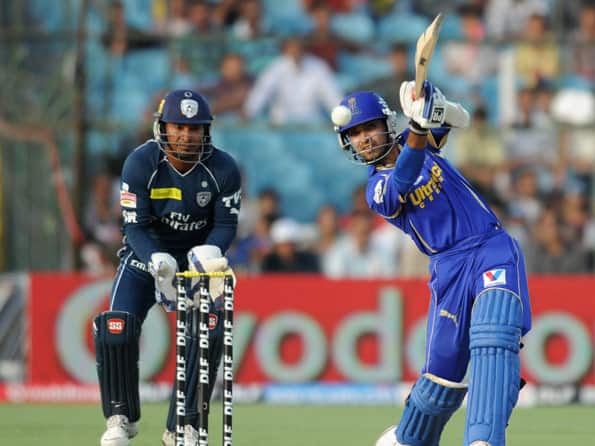 Keen to consolidate their chances of making the playoffs, Rajasthan Royals will be eyeing nothing less than a victory when they take on a lowly Deccan Chargers in their Indian Premier League match at Hyderabad on Friday.

With 14 points from equal number of games (with seven wins and as many losses), Rajasthan Royals still have an outside chance of making the playoff stage if they can record big wins in their remaining two matches against the Chargers on Friday and Mumbai Indians on Sunday.

The Chargers, lying at the bottom of points table with 11 loses in 14 matches so far, are already out of the contention (for the playoffs) and they can only hope to improve their performance when they take on the Royals at the Rajiv Gandhi International stadium at Uppal on Friday.

Rajasthan Royals, who beat Pune Warriors in their last match by 45 runs, will certainly start as favourties.

With improved performance during their match against Pune, the Royals are expected to go all out against the Deccan Chargers to keep their playoff hopes alive.

The Royals have played good cricket against fancied rivals but have been guilty of frittering away opportunities.

On the batting front, the Royals will bank heavily on their inspirational leader, Rahul Dravid and his opening partner Ajinkya Rahane, who has been in prolific form so far in this season, besides Australians Brad Hodge and Shane Watson and English batsman Owais Shah.

As far as bowling is concerned, medium pacers Siddharth Trivedi and Amit Singh have been amongst wickets for Royals with 11 and 10, respectively, while Brad Hogg has also claimed 10 and Ankeet Chavan has taken seven.

The Royals also have the likes of off-spinners Johan Botha and Ajit Chandila, who can attack the opposition.

On the other hand, nothing seems to have materialised for the Chargers, who despite posing big totals in the current season have only ended up on the losing side, especially in the last game where they lost despite scoring 190 odd runs against Kings XI Punjab.

However that hasn’t helped the Chargers much in reviving their fortunes.

They would be playing for pride and hoping to notch up a victory on Friday to salvage some prestige.

But for that their bowling department need to fire in unison with the likes South African speedster Dale Steyn (13 wickets) and led-spinner Amit Mishra (9 wickets) coming good. (PTI)