A 10-year-old spectator Tia Bhatia, who was injured when a six from Chris Gayle broke her nose, has been discharged from the Mallya hospital. 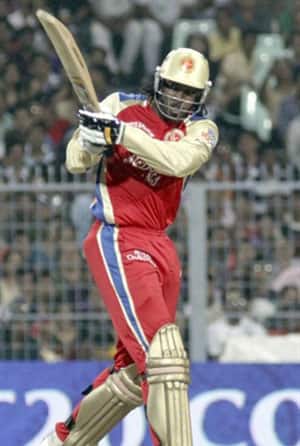 A 10-year-old spectator Tia Bhatia, who was injured when a six from Chris Gayle broke her nose, has been discharged from the Mallya hospital.

“Yes, she has returned home and is taking rest”, Tia s father was quoted saying by The Independent.

Her father added that his daughter has also received an invitation from the organisers for a game at Chinnaswamy when she recovers from her injury.

“It was for the first time she went to see the match in the Stadium,” he added.

During a match between Royal Challengers Bangalore and Pune Warriors India, Chris Gayle launched an onslaught on leg-spinner Rahul Sharma hitting him for five consecutive sixes. Unfortunately his fourth six over mid-wicket landed at the second tier of the stands where Tia was sitting which broke her nose.

When Gayle was informed about the incident, he visited the girl at Mallya hospital, and re-assured his fans on the twitter saying the girl was fine and was recovering well. Soon after, RCB owner Vijay Mallya and his son Siddarth also visited the fifth grade student.

“This injury will not diminish her interest in the game and will go at some other time to watch the match,” concluded her father.