Kolkata Knight Riders (KKR) coach Trevor Bayliss expects his inconsistent batting department to strike form in the business end of the tournament so as to help the team win their first Indian Premier League (IPL) title. 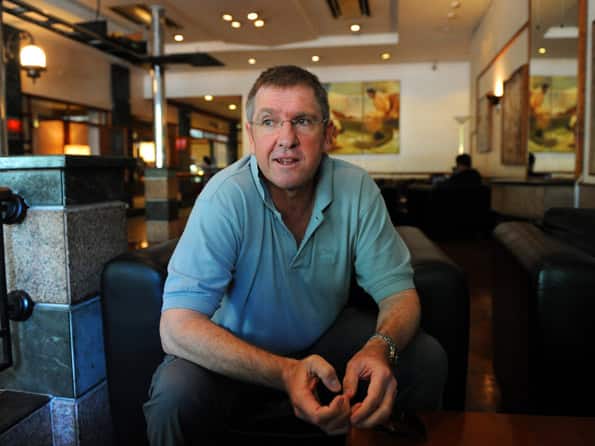 Kolkata Knight Riders (KKR) coach Trevor Bayliss said that the bowling has been outstanding, however, the batsmen have been a little bit inconsistent AFP

Kolkata Knight Riders (KKR) coach Trevor Bayliss expects his inconsistent batting department to strike form in the business end of the tournament so as to help the team win their first Indian Premier League (IPL) title.

“We have not hit our best form yet. I hope our batsmen hit form in the last part of the tournament. They have showed glimpses in last few matches,” Bayliss told reporters at Kolkata on Thursday.

“Our bowling has been outstanding. The batsmen have shown glimpses of what they are capable of, a little bit inconsistent. But more and more players have started to find their form. We are on a pretty good position half way through, and anyone can win from here,” he said.

“It’s a concern to them (Pathan and McCullum) as well.

They are professional cricketers. They are matchwinners and can turn the match around on their own,” Bayliss said.

The Knight Riders had to be content with one point after rain washed out their last match against Deccan Chargers on April 24 at the Eden Gardens.

And Bayliss said it would have been nice to get two full points from the game.

“Obviously, we would have loved to play against Deccan Chargers as they were lacking in confidence (after five straight defeats). But it’s another point on the road to the last four. We are focused on winning as many as possible,” he said.

West Indian Chris Gayle might have been in devastating form of late for the Royal Challengers Bangalore but Bayliss said they can’t just concentrate on only one player.

“If we concentrate on Gayle solely, what will happen to the others?. They have two or three others in terrific form.

It’s going to be a tough game. We will take a closer look before the game and hope to cook up something. I think they will want to beat us after we beat them on their home ground,” Bayliss said ahead of KKR’s match against RCB on Saturday.

Heaping praise on local talent Debabrata Das, who has played some crucial innings with the bat, Bayliss said, “Das has done exceptionally well. Probably, he has been little underrated by the opposition. But he has batted well. He is enthusiastic. He has been a bonus for our team.”

The former Sri Lankan coach hoped that veteran seamer Laxmipathy Balaji, who is nursing a hamstring injury gets fit ahead of their match against RCB.

“Balaji has a hamstring injury. We are hoping him to be fit for the next game.”

But the good news for KKR was that experienced Bengal all-rounder Laxmi Ratan Shukla has recovered from an injury.

“He was named in the last match. We will sit down and have a look at our team composition for the next match tomorrow.” (PTI)