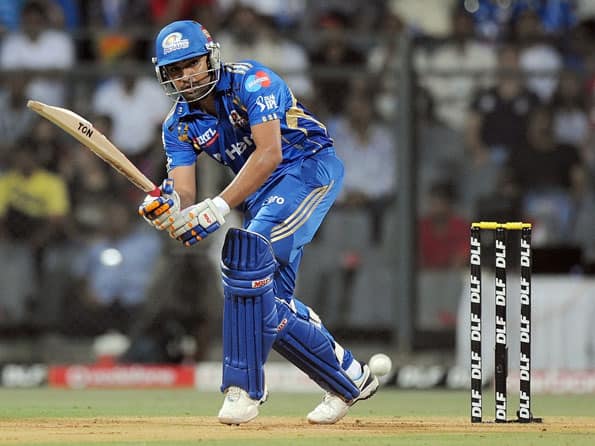 Rohit feels though their bowling was on the mark on Sunday, the batting could have been better. He said,”It s always nice to get some runs and be on the winning side. But we were obviously disappointed the way we got home.

“We could have done much better. But anyway, two points on the board is really important, and we will take that. Our bowling unit was superb today.”

The Mumbai batsman feels the pitch was not easy to bat on but was happy with his own effort. “This wicket reminded me of the Ranji Trophy matches we have played here over the years,” he said.”This wicket had some bounce and some seam movement. This was not an easy track to bat on. I am happy with the way I fought and finally got home.”

Rohit feels the best way to play Steyn s lethal bowling was to ensure no wicket was given away to him. He was quoted in IPL s official website as saying,”He was bowling well but was not unplayable. He was bowling fast and swinging the ball and he bowled the same against MI in Vizag also.

“We didn t want to give him wickets and we were not trying to go for runs off him. We knew we can go after other bowlers once he is done with his spell.”

Despite criticism, the talented batsman feels it s the loyal support which he and his team receives from the fans gets him going.

He said,”Cricket is such a game where you will be criticised and you should take that in a right spirit. The crowd, which comes to support you, always expects something out of you. I always take the criticism in the right spirit. It makes me feel happy when I see the crowd happy.”

Rohit said that the Mumbai team hasn t played up to its potential this year but the team is keen to work on the drawback.

“We haven t played the way we should have. We have got a lot of potential in the team and both bowlers and batsmen have done well in patches,” he said. “We haven t done well consistently and we need to pick on that. And if we do so, things will definitely fall in place for us. I am sure the support staff is looking at it, and very soon our mistakes will be rectified and you will see a different MI.”