Chennai Super Kings (CSK) bowling coach Andy Bichel hopes that the team would bounce back in Wednesday's match against Sunrisers Hyderabad, after the huge loss to Mumbai Indians in their last Indian Premier League (IPL) encounter. 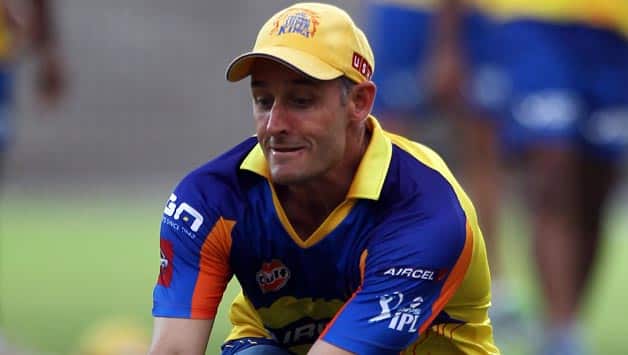 Chennai Super Kings (CSK) bowling coach Andy Bichel hopes that the team would bounce back in Wednesday’s match against Sunrisers Hyderabad, after the huge loss to Mumbai Indians in their last Indian Premier League (IPL) encounter.

“Its probably the loss we needed. It has put us in position of working hard and fight the way we have won seven matches in a row,” he told reporters after the team had a practice session at the Rajiv Gandhi international stadium at Hyderabad on  Tuesday.

Mumbai Indians defeated Super Kings by 60 runs in their last match played at Mumbai two days ago. Super Kings, which top the points table, were bowled out for 79, the lowest score this season.

“We have fantastic players in our team. They play with lot of pride. Losing to Mumbai this way hurt them pretty badly. That is challenge for us to bounce back tomorrow,” said Bichel, who described the defeat as a wake-up call.

Bichel pointed out that Super Kings had done well in this tournament in their away matches and hoped that this trend would continue.

The Australian believes playing on a slow wicket like Hyderabad would be an advantage. He noted that 130 was the highest score on this track.

Bichel feels the current IPL season had been draining for Super Kings.

“We are either on road or training. It has been pretty intense for us, which is good because it kept momentum but at the same time boys getting a little bit tired as well,” he said.

On Michael Hussey, Bichel said this season had been outstanding for him. “He is one of our senior players. I think after retiring from test cricket, he had a real strong focus on 20-20 cricket. Hopefully this will continue,” he added.