Chennai Super Kings' marauding batsmen will be put through a stern test by the intimidating bowling attack of Sunrisers Hyderabad when the two in-form teams clash for the first time in the sixth Indian Premier League match at Chennai on Thursday. 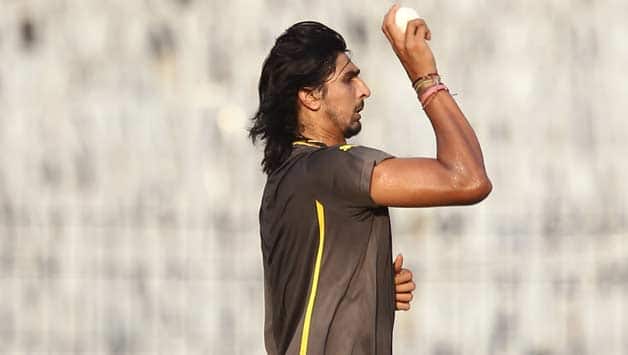 Sunrisers Hyderabad’s bowling has been their strength © IANS

Chennai Super Kings‘ marauding batsmen will be put through a stern test by the intimidating bowling attack of Sunrisers Hyderabad when the two in-form teams clash for the first time in the sixth Indian Premier League match at Chennai on Thursday.

Both the teams have five wins each from their respective seven matches so far but while Chennai are second on the points table, Hyderabad are third due to the difference in their net run-rate.

That difference is primarily a result of Hyderabad’s batting woes which could prove to be their bane on Thursday given that Chennai’s willow-wielders are in prime form.

Ishant Sharma, Thisara Perera and wily leg-spinner Amit Mishra make the rest of the bowling unit, which has played crucial roles in all their five wins so far in the tournament.

However, batting continues to remain a major concern.

Skipper Kumar Sangakkara has looked a pale shadow of himself so far in the tournament and Australian Cameron White has delivered only in patches.

With Shikhar Dhawan still out of the reckoning due to a finger injury, Sangakkara, White and big-hitting Perera will have to shoulder the bulk of the responsibility with the bat.

Hyderabad would also be better off with substantial contributions from Parthiv Patel up the order and DB Ravi Teja.

Chennai, on the other hand, have little to worry about except for fatigue as they have been playing continuously even as Hyderabad have enjoyed a break of almost a week after their win over Kings XI Punjab.

Chennai, two-time former champions, have been a formidable batting unit and that was proved yet against when they chased down a steep 186 against Rajasthan Royals in their previous match.

In Michael Hussey, they have a proven game-changer, who has been in sublime form. Besides, the likes of Suresh Raina and skipper MS Dhoni have been their usual aggressive selves.

Not to mention, the all-round abilities of Ravindra Jadeja, who would be eager to make amends for his duck in the last game.

The bowling department does not feature many big names barring off-spinner Ravichandran Ashwin, but it has delivered for the team.

Bangladesh looking for comeback after first Test drubbing against Zimbabwe