From flummoxing an all-conquering Australian side to being dropped from the Indian team, Harbhajan Singh's journey in international cricket has been a roller coaster one, but he says its rigours have taught him to "value relationships" above everything else. 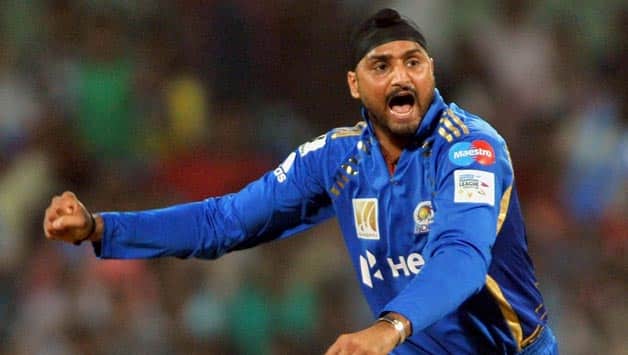 From flummoxing an all-conquering Australian side to being dropped from the Indian team, Harbhajan Singh‘s journey in international cricket has been a roller coaster one, but he says its rigours have taught him to “value relationships” above everything else.

“When I played 100 Tests, it felt great but I have started realising that more important are the relationships that you have developed over the years,” the 32-year-old off-spinner told PTI during an exclusive interview in New Delhi on Sunday.

“It’s those you have played cricket with and have known along the way. I would rather be known as a cricketer who was a good human being than being dubbed as a top player and an equally worse human being,” he added.

For Harbhajan, if 90 out of 100 people like him, he will consider it as an achievement.

“I only hope that when I stop playing the game, people would say that they cherished being in my company. I know 100 out of 100 guys won’t say the same but I want at least 90 people to say that ‘Bhajji achha insaan tha’ (Bhajji wasn’t a bad juman being),” the veteran of 101 Tests said during a free-wheeling chat at a city hotel.

Harbhajan did admit that he was a bit “nervous” going into his 100th Test, but things got better in the second innings.

“Obviously, 100 Tests was big thing considering from where I had come. I never imagined I would reach this far. In the first innings in Chennai, I was nervous but it got better in the second innings.

“In the Hyderabad Test match, I bowled well in the first innings. But in the second, I didn’t bowl much. The other bowlers were getting wickets in every five overs and the captain was right in continuing with them. I know that I have tried my best and have no complaints.

“A few more wickets would have been better but I had given my 100 per cent.” .

With another season of IPL round the corner, Harbhajan is hopeful that Mumbai Indians would be able to win their maiden crown this time.

“Cliched it may sound but the focus will be on winning the championship. My own performance will be as important as that of the team’s performance.”

He had a very successful on-field partnership with Anil Kumble and is excited that the former India captain will be present as a ‘mentor’ in the MI dressing room.

“It’s great to have Anil bhai around. It not only helps to have around while talking cricket but other aspects too. He (Kumble) is someone who can gauge my state of mind. He has always been there with me to give me right kind of advice. His mentorship with MI will be a huge advantage not only for me but for other players,” he sounded ecstatic.

Asked if he is looking to use IPL as a platform to get back into the ODI squad for Champions Trophy, the senior off-spinner replied, “I am not thinking that far ahead. I would like to just concentrate on each and every game. IPL is a format which is not too friendly for bowlers. There will be days when you can go for plenty but one can certainly buy a lot of wickets in the bargain.”

Trying to out-think the batsman is as important for him as having the right frame of mind.

“It has got more to do with mindset irrespective of the format you are playing. It is equally important to be in the right frame of mind in order to execute the plan.”

So apart from Mumbai Indians, which is the team that can go the distance in this edition of IPL, he said, “Chennai Super Kings is a very balanced side. They are a real good team and has played consistently good cricket over the last five editions.”

Harbhajan also wished “speedy recovery” to Jesse Ryder, terming the burly New Zealander as a “gem of a person”.

“Jesse might have had alcoholic problems as people say but he came across to me as a very warm-hearted person during my the tour of New Zealand in 2009. If you know him, he is a great buddy. I pray that he recovers soon,” he signed off as he got ready to catch a flight to Bangalore.

Indian women to play against Bangladesh at Baroda