Their campaign in doldrums, Kings XI Punjab will have to sort out their batting woes when they take on an equally beleaguered Pune Warriors India in a clash of the laggards in the Indian Premier League match on Sunday. 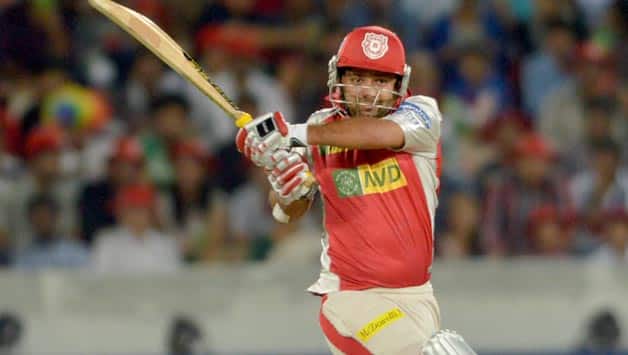 With just two wins from five outings, poor batting has been the bane of Kings XI Punjab © IANS

Their campaign in doldrums, Kings XI Punjab will have to sort out their batting woes when they take on an equally beleaguered Pune Warriors India in a clash of the laggards in the Indian Premier League match on Sunday.

With just two wins from five outings, poor batting has been the bane of the Adam Gilchrist-led Punjab. In fact, the dismal form of the captain himself remains a cause of concern for the home team.

The 41-year-old veteran, who has played 96 Tests and 287 ODIs, has failed to play a big knock and anchor the innings for Punjab even once so far.

Failure to build partnerships and the batsmen’s general lack of application in critical situations has not helped the Preity Zinta co-owned team, which has been heavily dependent on Gilchrist, David Hussey and Mandeep Singh in the batting department.

The problem came to fore once again when they lost five wickets for just 20 odd runs against Sunrisers Hyderabad in the last away match after cruising at one stage (104-4).

KXIP, whose best performance in the IPL has been reaching the league’s semi-final in the inaugural edition, lost to Hyderabad, who now top the points tally.

Batting problems have also plagued Pune Warriors India who were handed a crushing defeat by Hyderabad in their last match.

KXIP, however, would be hoping that the presence of Australian Shaun Marsh, who is set to join the side after recovering from a ruptured hamstring tendon behind his right knee, would strengthen the top order.

The Aussie left-hander was a leading performer for Punjab in the previous seasons and his presence would lend balance to the batting.

Batting hero of the last couple of seasons, Paul Valthaty, played his first game against Sunrisers Hyderabad this season.

He looked completely off-colour and would find it tough to get into the rhythm.

KXIP would draw confidence from the fact that they had beaten Pune in their opening game after restricting them to 99/9.

The Punjab bowlers have by far done a decent job, with medium-pacer Praveen Kumar being the best of the lot.

Like Punjab, Pune Warriors too will need to pull up their socks in the batting department to make an impact.

They have broken an 11-match losing streak but the Angelo Mathews-led side has put up ordinary performances barring a couple of matches, which they won against Rajasthan and CSK.

At the top, Robin Uthappa will need to take more responsibility together with Aaron Finch, who can tear apart a good bowling attack. Yuvraj Singh, who once captained KXIP, has missed a few games for the Warriors team this season due to injury.

Leg-spinner Rahul Sharma has been the pick of Warriors’ bowling attack and has got good support from Mathews, though Ashok Dinda and Bhuvneshwar Kumar have the capability to do better.