He has only played one international, yet Australian batsman Luke Pomersbach has remained in the news — for reasons other than cricket and more for his alcohol-related indiscipline. 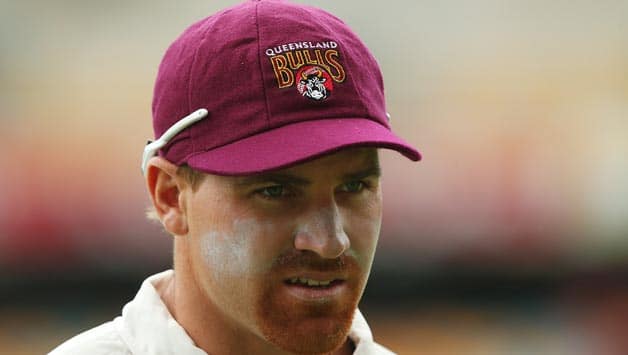 He has only played one international, yet Australian batsman Luke Pomersbach has remained in the news — for reasons other than cricket and more for his alcohol-related indiscipline.

Not many would have put their money on his return to the Indian Premier League (IPL) after his arrest for allegedly molesting an American woman and assaulting her fiance in the national capital last season.

The incident is one of the many in Pomersbach’s troubled past but he is back now, this time with Kings XI Punjab.

“Yeah mate, a lot has happened in the past but I do not want to think about it any more. It is behind me now. Last year, things were blown out of proportion. Now, I just want to focus on playing some good cricket if I get to play,” Pomersbach, who played for the Punjab team in 2008-09 before moving to Royal Challengers Bangalore, told IANS from Chandigarh.

Long before the IPL brawl last year, Pomersbach was suspended by his native Western Australia in 2007 with compatriot and Punjab teammate Shaun Marsh for drinking alcohol following a game.

A month after that, he played his lone international match in extraordinary circumstances. Brad Hodge got injured while warming up for Australia’s T20 game against New Zealand in Perth and Pomersbach, who was at WACA as a spectator, was called in as his replacement.

He escaped jail in 2009 after assaulting a police officer following a drink-drive arrest and has also battled depression.

The “hugely talented” batsman has of late stayed off controversy and is doing what he does best. The move from Western Australia to Queensland seems to have paid off as he was instrumental in Brisbane Heat’s triumph in the 2013 Big Bash League, ending up as the second highest run-getter in the competition.

The conditions are much different in India but Pomersbach is high on confidence.

“It is true the pitches are a lot different here but I fancy myself doing well. There are some pitches back home too that are slow and turning ones. But for now, making the eleven here looks tough with the team having a lot of options. If I get to play, I will try to make the most of it,” said the Bentley-born cricketer.

He is already feeling at home in the presence of fellow Aussies — captain Adam Gilchrist and coach Darren Lehmann, Ryan Harris and close friend Shaun Marsh.

“The team looks good, mate, and has some exciting Indian players in the mix. It is great to be back at King XI Punjab. And it is obviously a good feeling being surrounded by Aussies.”

He thinks he could make a comeback in the national team by doing well in IPL.

“Shaun [Marsh] scored runs here and was picked to play for Australia. The same thing could happen to me as well. IPL is one of the biggest platforms.”

A word on the drubbing Australia got in the recent Test series in India.

“It is disappointing what happened in the Test series. But with the Ashes coming up, I am sure the guys will get their act together,” he said.

Ajit Wadekar: The man who led Indian cricket’s Renaissance in 1971